Do you remember our childhood games, when we were trying to imagine which animal, car or historical figure we would have liked to be? Have you ever played thinking about sailing boats? It happened to us for sure, with the most various results.

Alessandro de Angelis, our Chief Editor, has no doubts: “If I were a boat, I would love to be the first Pen Duick. Why? For many reasons: it is the boat of the best sailor of all times, Eric Tabarly. And because… it is so beautiful, and holding fascinating stories within”. 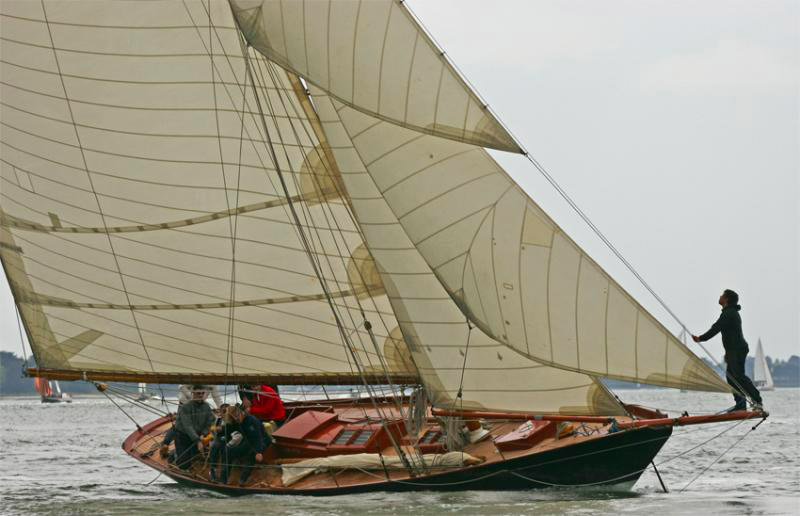 “The Pen Duick was designed by William Fife III and built in 1898. Tabarly’s father acquired her when Éric was seven years old, and the boy learnt to sail on her. After World War II, she was put on sale, but finding no takers, Éric convinced his father in giving her to him. Years later, he was told her wooden hull was rotten, and being unable to hire a yard to salvage her, proceeded to save her himself, making a mould to build her a new polyester hull: It was the largest of its kind at the time. He refitted her entirely, with a loftier rig for the southern climes. In the night of June 12 to 13 1998, Éric Tabarly fell overboard and was lost in the Irish Sea, while sailing the hundred-year-old cutter en route to the Fife Regatta in Largs, Scotland”.

Our friend John Jamieson, the author of Skipper Tips, has no doubt: “I absolutely loved my Cape Dory 27, which I owned, sailed and lived aboard back in the 80’s. I single-handed the boat on the Chesapeake Bay all year long and lived at a marina there too. The boat was easy to handle, set up and get underway. Matter of fact, I believe I was the only liveaboard who could get their boat underway in about twenty minutes. She sailed like a dream. Fast, even for a full keel with a cutaway forefoot. She accelerated quickly out of a tack. And, the boat would slice through a stiff chop like a hot knife through butter. A beauty of a sailboat that was a joy to sail”.

I would be a Origami 8

And Chris, the author of Sailing Britaly, says: “If I were a sailboat I would be a Origami 8, which is an 8 foot folding boat which folds down to just 4 inches (10 cm) wide. It is very versatile little boat. Because it folds down so small, literally anyone can own one. If you live in an apartment you could keep it in the gap between a wardrobe and the wall. It can be carried by one person and transported in a small car (on a roof rack, or by folding down the passenger seat and putting the bow into the footwell)”.

“This folding dinghy rows straight as an arrow, is easily sculled, can plane with an outboard (circa 15 knots!) and can be turned into a small sailboat with the addition of an Optimist rig.  This little boat seems to represent me in some ways. I like to be different, self sufficient (you can’t buy these boats – you have to download the plans and then build one yourself, with your own hands), and I love to be able to surprise people by doing things which seem almost impossible. When people see something which takes up about the same space as an SUP, stowed along the lifelines of our 30 ft sloop, they are taken aback when they see me 20 minutes later, having launched a decent sized boat and started sailing it around the anchorage!”

It’s your turn now: if you were a sailing boat, which one would you rather be? And why? Write us an email to info@sailuniverse.com and, if you want, include a photo of yourself as a… sailboat! We will share your stories!