Facebook Twitter LinkedIn Pinterest Reddit WhatsApp Telegram Share via Email Print
Loïck Peyron is one of the most successful sailors in the world. Among his achievements, he won the ORMA Championship four times in 1996, 1997, 1999 and 2002, the STAR transatlatic race three times, the transat Jacques Vabre, the Route du Rhum and the Jules Verne Trophy.
Now he is preparing to participate at the Transat Bakerly with a legendary boat: the Pen Duick II.
We interviewed him. 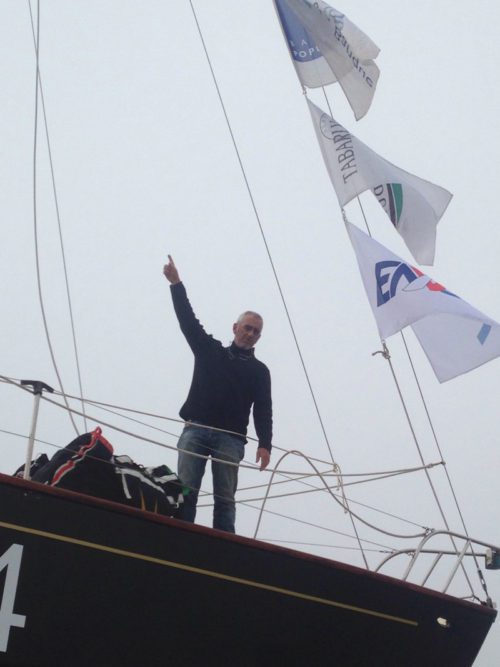 You are one of the most successful skipper in history: why did you choose to participate at the Transat Bakerly with the Pen Duick II?
Since the last 5/6 years, I had the wish to feel once again the sensations of my two first atlantic crossings. It was in 1979 and 1980, i was 19th, on a 6,50 m monohull for the mini-transat, in those times, there were no gps, no electric pilot…just a sextant a barometer and a windvane self steering. So i wanted to feel again the «vertige de l’incertitude».
But , even if it means crossing the Atlantic on «the old style», so do it for a good cause. Then as a tribute to Eric Tabarly , the biggest French sailor, I am today on Pen Duick II winner The Ostar 1964.

What are the main differences between today’s boats and a boat of more than 50 years ago?
52 years ago, Pen Duick II was “revolutionary”, light and long, super fast compare to th opponents at this time. In fact I’m lucky enough to be part of the conception and sail on quite a lot of “revolutionary” vessels since many decades. 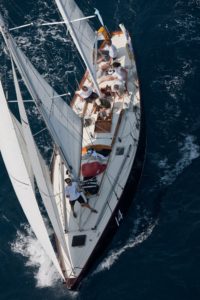 Eric Tabarly is considered one of the fathers of the French sailors. What do you think about it?
He was the first one to match the offshore solo to the the racing mode.

You are not “forced” to win this race: not miss the adrenaline?
Sure not, but at least , I need to bring back safely these old lady, wich is part of the French “patrimoine”.

After the Transat, what are your plans?
Back to the Cup with Artemis Racing in Bermuda.

Last but not least, our classic question: what does it mean for you “to sail”?
Sailing is the best school of life.