Having left Monaco on 8th May and covered 5,318 nautical miles after 24 days at sea on his 35m ice-breaker sailing yacht Pangaea, the explorer Mike Horn arrived on Wednesday 1st June (GMT time) in Walvis Bay, Namibia, six days ahead of schedule. 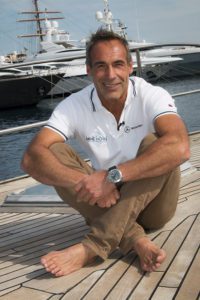 It marks the end of the first leg of his Pole2Pole expedition, an exceptional circumnavigation of 42,000km. The adventurer has given himself two years to complete this adventure, the aim being to cross both poles, direction South/North, by boat, car, on foot, on skis and kayaking.

“We were regularly accompanied by dolphin pods and lone whales which was fantastic,” says the adventurer, “But I am very concerned by the number of fishing trawlers, many from China, in the region. The way they fish will soon be a big concern for the future of ocean life along the bulge of Africa. Another concern was the significant amount of debris in the sea.”

Namibia: a pioneer in environmental protection
Over the next 15 days, the Swiss-South African will complete a mini-expedition, with friends and partners, in a 4×4 all-terrain vehicle across the Namib, the world’s oldest desert, before attempting a solo-unsupported crossing up north from the coast to the Kunene River covering a distance of roughly 400km using dry river beds and elephant watering holes to replenish his water supply.

His objective here is to highlight and support actions taken by the government of Namibia, the first country on the continent to enshrine environment and wildlife protection in its constitution.

The government passed a law that enables communities to create conservation areas and granted them the right to manage their natural resources themselves. 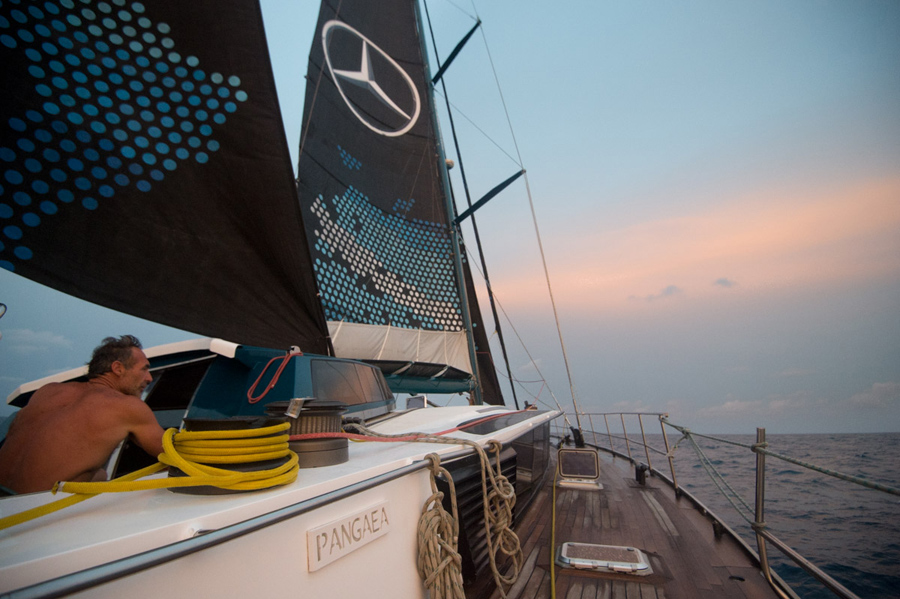 Botswana homecoming
Still alone and on foot, at the end of June Mike Horn will cross the Okavango swamps, the world’s second largest inland delta, in Botswana. He will be following the antelopes and will swim or canoe where necessary. He has been this way before, in 1984 at the age of 18, when he was with the South African Special Forces who were involved in the Angolan civil war. It was here he learned his survival skills; hard lessons in discipline and self-reliance that gave him a taste for adventure.
Meanwhile, his boat will remain at anchor in Walvis Bay. He then heads for his birthplace, Cape Town in South Africa, where young explorers having taken part in his previous four-year Pangaea expedition will join him to dive with great white sharks to raise public awareness of the need to preserve this endangered species.
And here we have a defining purpose of this adventure: to put the spotlight on the remotest populations and the problems they face.