London-based Philippe Briand has been conceiving high-performance yachts since his La Rochelle childhood, and his technical excellence and precision – accompanied by a strong artistic flair – have continued to evolve over what is arguably the most prolific career of any yacht designer today.  His portfolio spans four decades, starting with his first IOR Quarter Ton design at the age of 16.

His designs for competition have included eight yachts for six America’s Cup campaigns; two of the vessels for the French team that won the Admiral’s Cup in 1991; and countless high-performance offshore racing yachts. An accomplished sailor himself, Briand has won the Half-Ton Cup in 1993 and the One-Ton Cup in 1994, in yachts of his own designs.

Briand’s first foray into superyachts came in 1995, with a winning submission for the design of the groundbreaking, award-winning 44.7m S/Y Mari Cha III, and then Mari Cha IV. We met him for you

How it changed the designer’s work since you started?

A successful approach is always same. There is the analysis of the existing by the sailors we are, consideration of all possibilities by the open minder we are, selection of ideas by the designer we are, check of the feasibility by the naval architect we are.

There was much talk about your P100 concept: what prompted you to realize it?

This project is our concept car for us. We investigated the world of Wally and we bring a new concept that renews this successful (quite now old) concept. 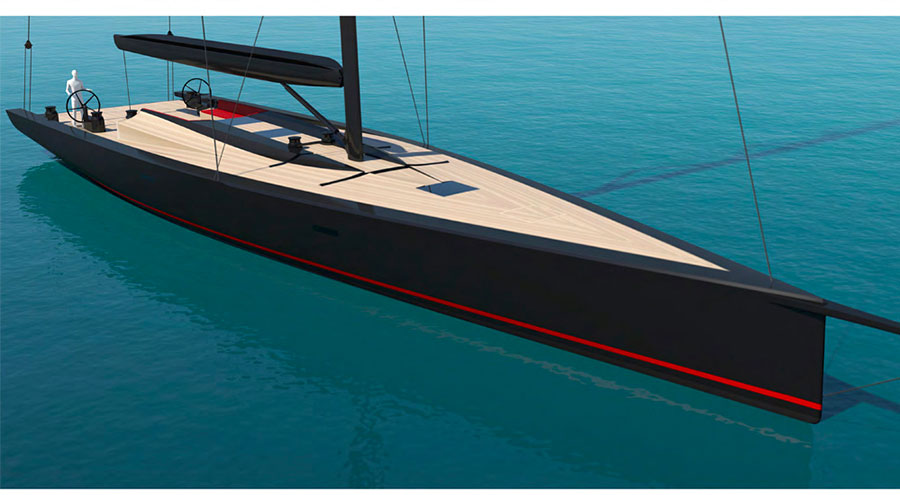 At Cannes Boat Show it was rumoured about the new CNB 92: can you tell us something more?
Yes we are working on her. She is a project for the near future. There will be an annoucement in the coming months

What do you think about chines in the series boats? Is it really useful?

In series boats, chines and more especially aft chine lines are there for 4 specific reasons: Interior, stability, structure, and aesthetic/trend. Adding a chine in the aft sections of a yacht increases the interior volume for a given beam allowing bigger aft cabins/spaces with straighter wall sides and emphasis on ergonomics.

Moreover, a chine provides additional buoyancy when heeling, hence more righting moment in addition to stability of heading “seating the boat on its rail”. The vessel will therefore be more powerful whilst remaining seaworthy. Last but not least, a chine will generate longitudinal stiffness in the hull, which may result in a reduction of structural weight with one less longitudinal stringer; this is not insignificant in a yacht where every single element as influence on cost and more importantly on the whole design spiral. Finally, I like to see a chine as a design feature, lightening the boat on its waterline and revealing an expressive stance; but this is only one direction among many others.

You’ve always been interested in the world of racing: from the IOR Quarter Ton to the America’s Cup vessels. Now the boats fly thanks to the foils: is it the future?

Hydrofoils are a technology, which is over 100 years old. However it is only recently that most uncertainties were resolved with regards to their structure. The primary, and underlying issue was to develop such a shape, which would be strong enough to support tremendous dynamic forces and light enough to avoid penalizing the performance. The new America’s cup catamarans performed an impressive show of what can now be done. Such a technologies simplifies many issues and open new horizons.

We will see the foils on series sailboats?

Foils seem to be the solutions for speed and/or stability (depending on the vessel and its program). It reduces considerably the energy required to propel the boat, so it is more exhilaration for the public. Decoupling the yacht from the water surface would allow the craft to sail in most sea states without altering much its motion. However it depends of the lifting load and velocity; flying a 30m cruising monohull really seems out of range but it is always possible to support it to some extends and offer dynamic stability for sailing comfort and possible efficiency gains without added complexity.

In recent seasons we have seen a change in the sail plans, with a significant reduction of the foresails area. Is it the future?

Maybe true in cruising yachts but not true at all in racing (i: VPLP Comanche & IMOCA)!! Not so sure of the reason.. The mast step is more forward. For interior layout ..? More Mainsail area for more efficency …? for a smaller self tacking jib ..? more cockpit area ..? As a result it has nothing to do with performance.

What does it mean for you “easy sailing”?

The same boat can deliver dynamic thrill as well as a more passive pleasure just as a passenger; conveying a unique feeling of comfort and procuring a sense of overall wellbeing. To achieve this 2 goals:
1. sailing a yacht in total comfort and with great serenity.
2. getting acceleration and thrill when the conditions are right require a very well balanced design, and well thought through easy to manage and maintain systems.

Can you tell us which are your three favorite boats? 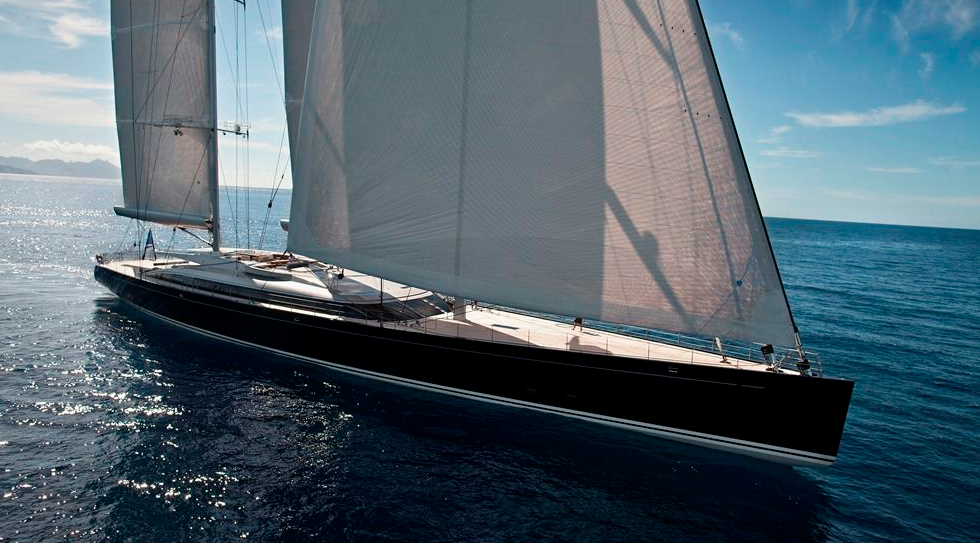 You are a RORC member, what about the future of big oceanic racer in term of naval architecture?

Regarding offshore I think all the single handed races are very well known, by the public. However as and for connoisseurs, my wish is to have the Admiral’s cup reborn… I am ready to participate to any think tank about the subject.