Martí is a young Spanish sailor. He send us some photos from his Antarctic journey with the 20m sailboat Paradise. We were curious about his story. An inspiring story that explains how a dream come true!

My name is Martí Ramírez-Vancells, and I am a 22 year-old sailor based in Premià de Mar, a coastal village 20km north of Barcelona. My interest for the sea goes way back, probably due to the fact that my parents met sailing in Barcelona on the same ship back in the ’95.

They were not big sailors or anything, but I grew up hearing some sea-stories here and there. So for me the existance of the sea beyond the beach, a place full of adventure and discovery, became something pretty natural. 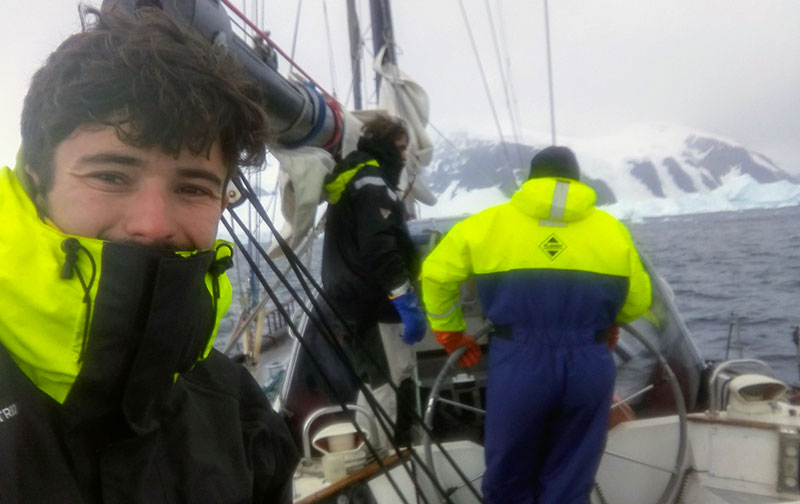 In addition to all that, when I was 6 or 7 my father came up with a crazy idea: he wanted to build a wooden ship all by himself; so he bought some blueprints, geared up and started with it. At that age I loved to go help my father in the project, a 5 meter sailboat model called “Micro”, designed by Volger if I am not mistaken.

Never-ending afternoons cutting wood pieces, makin some epoxi resin, eating drive-through McDonalds and imagining the ship in the water are a part of my early years memories. Time went by and, when I was 17, (after 10 years!) the boat was finally finished, and at that age I was about to finish my highschool studies and a pushing need for adventure started to grow inside me.

Soon after, it was time for me to choose a “carreer”, you know, aparently in the University. But I decided to print some CVs, pack a bag and go into the neighbouring ports to see if I could find some job in a vessel. And I acomplished my goal.

I was 1 year working on that ship, a regatta Swan 80 named “Plis Play”, where I had the oportunity to sail with some extraordinary sailors, some with America’s Cup, VOR and Whitbread experience. I learned so much that year. When the contract ended I explored other options like going to university, and did it for a year but I felt like something was missing, so last year I decided to go back into the salty water.

I did the necessary courses and I started working as a sailing instructor in a place called “Escola del Vent” based next to Barcelona. Working in light-vessels, feeling the rush in the days of hard winds and being able to teach the sea to others made me very happy, but this job had detail: they only worked from May to October, so I would have to see what to do the rest of the year.

That was when I thought about it for the first time. Antarctica. This remote place that seems imposible to reach for the common mortal. Ice, penguins, whales and some of the most incredible stories of exploration. I needed to go there.

My goal was clear. This is how I started sending my résumé to virtualy every company on the business that operated there. Big ships, small ships, civil, military… I talked to some people that said it was too late on the year (it was December 2017) but I kept going. Finally it seemed that everyone rejected me. Maybe it was true, maybe it was not posible.

But, did I tried it all? No. So I came up with my next move. I would buy a plane ticket to Buenos Aires, hitch-hike my way to Ushuaia and try luck. What could go wrong? If I didn’t make it at least I would have seen some world and had a nice trip. 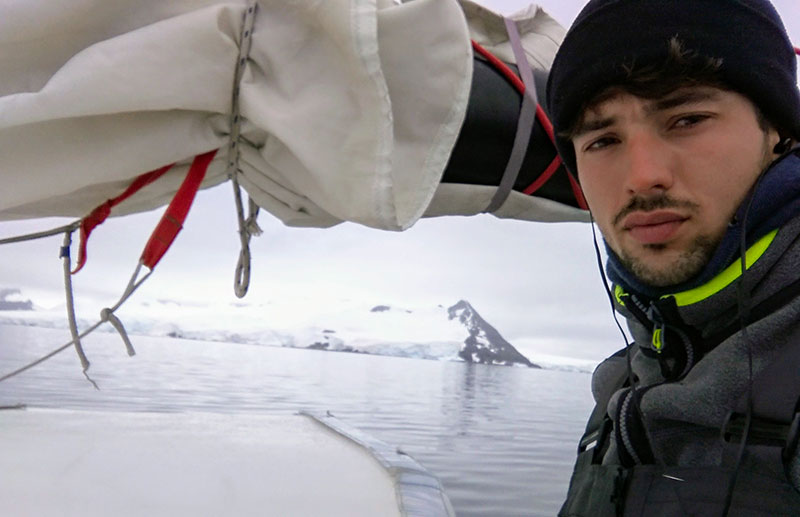 So I did it. In January 17th 2018 I flew to Argentina, and I hitch-hicked 3000km to Ushuaia. When I arrived I started walking everyday in the Ushuaia harbour, taking with people and trying to make friends with everyone that had some info on the vessels that crossed the Drake, most of them telling me that it was too late in the year, almost impossible.

But the 6th day there I made it. I got the tip-off about “Paradise”, a 20m sailboat that aparently returned that day from a month in Antarctica, I had to give it a try. I went, talked with Arnaud, the captain, and said to me a cryptic “come back in 3 days“. I waited anxious, “was it gonna be that easy?“, “I had really a chance to go to the 6th continent?“, I could not belive it.

Three days went by and, as soon as I arrived, Arnaud said “Good moring, come in… your bed is there. C’mon, hurry, we’re going shopping, lets go“.