The 13th edition of the Transat Jacques Vabre now has 35 crews left racing following the abandonment yesterday (Thursday) of Halvard Mabire and Britain’s Miranda Merron on their Class40 Campagne de France and the capsizing last night of the Multi50 Drekan Groupe.

At around 21:00 UTC the Transat Jacques Vabre race office received a call from Christopher Pratt, co-skipper of the Multi50, Drekan Group, to inform them that they had just capsized 300 miles from the island of San Miguel in the Azores archipelago. 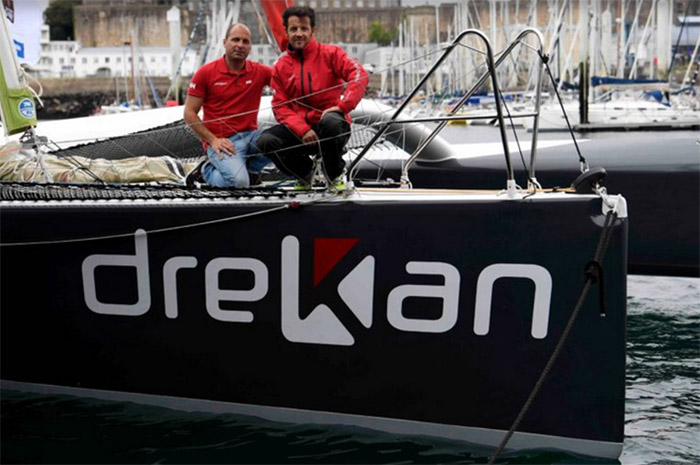 The two skippers, Eric Defert and Pratt, safe inside the boat, triggered the distress beacon. Equipped with their survival suits, they secured the boat for tracking and facilitated rescue.

The duo was rescued this morning by crew from the Dutch cargo ship, Beautriton. Both sailors are safe and sound.

Drekan Groupe was racing downwind east of the Azores in 25 knot north-easterlies – with violent squalls of 35 knots – and a cross sea. The boat was not under autopilot. Defert and Pratt just had time to get into the cockpit before the boat turned over completely. They donned their survival suit and triggered their Cospas Sarsat emergency beacon.