Meet John; based in Melbourne, Australia, John bought a 1968 Binks Flying Dutchman for $50 with a full set of sails and trailer included.  The only problem was that this boat needed some major repairs structurally and more than a few licks of paint!

The Binks Flying Dutchman takes its name from the well-known myth of the legendary ghost ship that forever sails the ocean.  In fact, it’s probably safe to say that this boat looked like it had been floating around Davey Jones’ Locker!

So with that in mind, John passed the batten to his son Owen and with his supervision, his son began working on the boat. John claims his son had never used power tools let alone hand tools before.  Since the project began he has replaced the transom and centreboard as well as other sections and is still working hard on it today. 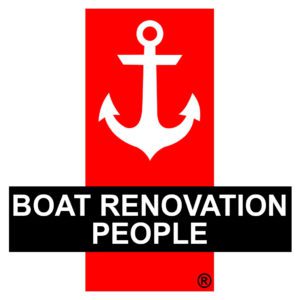 Louis Derry is a marine DIY enthusiast and liveaboard with a passion for providing helpful and insightful articles for boaters and sailors alike. Starting his liveaboard life in the South Coast town of Brighton Louis now runs. Boat Renovation People (BRP) providing articles on boat restoration, renovation and building to help others wishing to do the same. Louis's passion is to show people that sailing and boating can be accessible to all and should never limited by the cost of maintenance.
By Louis Derry
All (11)
Back to top button
Close