The skipper of PRB hit a UFO on Sunday morning, while speeding along with the frontrunners in the Vendée Globe on his way towards the Cape of Good Hope (a different incident from yesterday’s, when his rudder kicked up).


Following on from this collision, Vincent Riou did not initially notice any damage and was able to continue to sail normally. It was only three hours later that the keel started to vibrate and emit loud noises, indicating there were huge strains on the appendage. These sounds continued to grow during Sunday night.

Taking into account the weather conditions (25 to 30 knot winds with average speeds around 19-20 knots), Vincent was unable to go and check the keel housing, but informed his shore team of the incident. The PRB team and the boat’s designers (Guillaume Verdier) and the structural calculations team at HDS GSEA Design (Hervé Devaux and Denis Glehen) began to study all the hypotheses based on what they knew (essentially the type of noise coming from the keel). 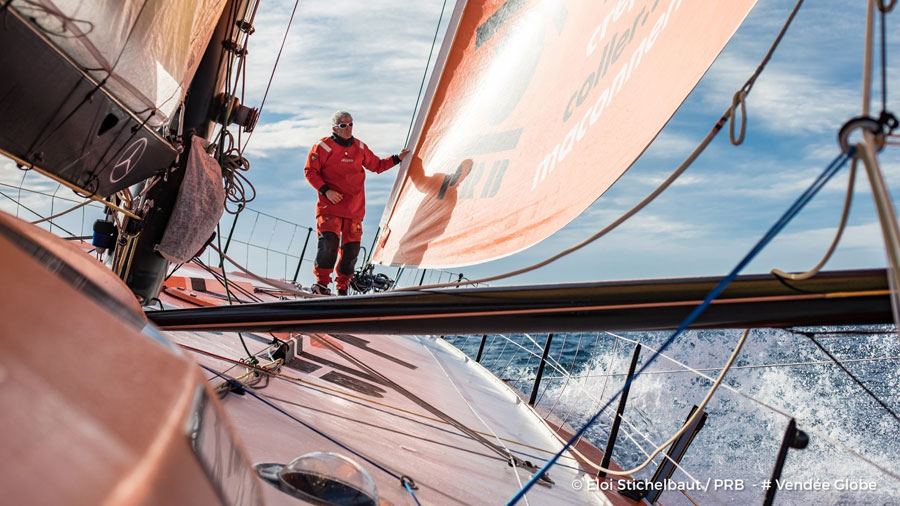 It was only this morning while sailing in calmer conditions that Vincent was able to carry out the necessary checks. He discovered that the axis of the keel had been damaged in the collision. This titanium part is an essential element on the boat. It allows the keel to be attached to the monohull with a plastic ball joint and it is also this axis that allows the keel to be canted.

When the incident occurred, the plastic ball joint broke leading to permanent wear between the keel axis and the ball joint attachment. In the longer term with the Indian and Pacific Oceans and the climb back up the Atlantic ahead, that means that the integrity of the boat is in danger or even that the keel could break away from the 60-foot boat.

This is a huge disappointment for the winner of the 2004 Vendée Globe. He saw his dream come to an end four years ago (almost to the day) after a collision with a UFO. He set sail from Les Sables d’Olonne on 6th November hopping to keep up with the new boats fitted with foils. This was successful, as PRB has always been up there with the leaders.

For a long time neck and neck with Banque Populaire, Vincent was even in second place on several occasions and had an exceptional voyage down the Atlantic aboard his boat fitted with daggerboards. This performance earned him the congratulations of many observers, and gave him hope for the rest of the round the world voyage.

The skipper of PRB is currently sailing in decent conditions (14 knots of wind) and Vincent is not in danger. He is in contact with his shore team to decide where he may stop to repair his monohull before heading back to France. This will probably be Cape Town in South Africa.