Born in 1986 and based in Milan, after graduating in Philosophy, Martina Orsini achieved a master degree in Visual Arts and started her career as a sailing photographer in 2012 during the Moth World Championship in Campione del Garda. She now travels all around the world, following the most important regattas. We met her for you.

What sparked your interest in photography?

“I started traveling from a very young age because of my parents’ jobs – my father was a pilot and my mother an air hostess. In the golden years for air companies, my parents were frequently away from home for long periods of time and often took me with them. It was great to travel that way – encountering different cultures fascinated me and being the only child in my class, at the time, who could say she had already visited so many places, sparked in me the need to record everything I saw.”

“I use to write a lot, but I soon realized that a pen and diary were not enough to capture everything I wanted to remember – there are tones and details that only poets can describe. So my parents gave me my first camera – a small compact device with a film, which was essential in helping me understand that a camera was the only tool I could use to express myself. What made me interested in photography was the ‘journey’ – first in the sense of moving and exploring places, then as a journey of self-discovery. Photography became my way of communicating to other people what I knew about myself through the images I created.”

How was your love for the sea and sailing born?

“I think that my love the sea – and for water in general as an element – is inborn. My parents also played a key role in this. Their first sailing boat was a Sangermani called Merak- my mother sailed all over the Tyrrhenian sea while she was expecting me and, since I was born, I cannot remember any holidays I did not spend on a boat.”

“The feeling of moving over the sea, pushed only by the wind, has become something intimate, a philosophy of life, linked to traveling and to moving, which, for me, means life. I do not like being in the same place, the idea is actually depressing – as is living in a city, without a broad horizon beckoning to thoughts and dreams.”

Was there a specific moment in which you realized you would be able to combine both passions?

“I realize that, at the age of 32, I have been very lucky in managing to combine, in a real job, two of the elements in my life that deeply shaped my character and my view of the world. Before everything fell into place, not many people believed that you could actually make a living entirely out of your passions – and probably I didn’t either!”

“I had a lot of support and, most importantly, I met people who believed in me along the way and who helped me not to give up when I thought I should do something more “down to earth”. There was no actual moment when I realized that I would be able to combine my two greatest interests – it was all a journey and it still is, a journey I am fiercely protective of, as if tomorrow it were no longer possible.”

What are you searching for when you take a photo?

“When I take a photo I feel I have to be inspired, like in any kind of work that requires a little creativity. Inspiration comes from details, such as colors, shapes, original and symbolic compositions. In the case of photographs of sailing boats, I am not just inspired by the sports side of it, it is the human aspect that inspires me most.”

“Faces express so much, especially when interacting with a natural element. I am into this kind of research – a mixture between shapes, light, and humanity – especially when I take photos just for the pleasure of it. Obviously, I try to be inspired when I take photos on commission as well, but the time spent in searching for details must be balanced with work-related needs that, most of the time, tip the scales in favor of quantity rather than quality.”

Can you tell us of three special moments from all the years you have spent working?

“If I were to select three special moments in six years on the job – and three are really very few – I would say that the first place definitely belongs to the second regatta night during the 2017 Rolex Middle Sea Race. It was my first experience as an onboard photographer in an offshore regatta. At about seven in the evening, we were going around Stromboli. It felt out of this world – completely flat sea, no sounds, pale colours and a dark horizon. We knew we were going towards the storm – it had been forecast. Night fell, the sky became an arena of black clouds, thunder, and lightning. The wind started rising and the waves swelled. I felt alive – recklessly perhaps – but that was when I understood what I really wanted to do in the future…”

“The second special moment was the 2018 Moth World Championship in Bermuda. I made friends with the boys of the Moth class and meeting them during the regattas was almost like a family get-together. Bermuda is a very small island that you can easily get around. It was like a school trip. On the days when there were no regattas, we explored the beaches, went out in the evening and chatted until late at night. This is when your job is no longer ‘work’ and becomes love for what you are doing.”

“The third moment is more a location and less a regatta or event – Saint Tropez. I have always enjoyed myself when working here and met lovely people who gave me so much. I lived some of the best moments of my life in recent years here. I can say that in Saint Tropez work requirements have always coincided with the inspiration I have when I take photos just for the pleasure of it.”

What advice do you have for anyone wanting to start this career?

“Many think that taking photos is relatively easy. Many go for sports because it seems a more accessible sector. To take a good photo, however, including a sports photo, you need more than just a good technique – you must have a relatively broad image culture and knowledge of multiple photography genres.”

“You must look at the works of the great masters that made the history of this art and then create your own language, your own personal style. But, most importantly, you need to know and love what you are photographing, or it simply becomes the casual recording of facts and people.”

What does sailing mean to you?

“For me, the sea is freedom and water is a symbol of strength – when it meets an obstacle it flows round it, sometimes it cruelly destroys it, and continues on.“ 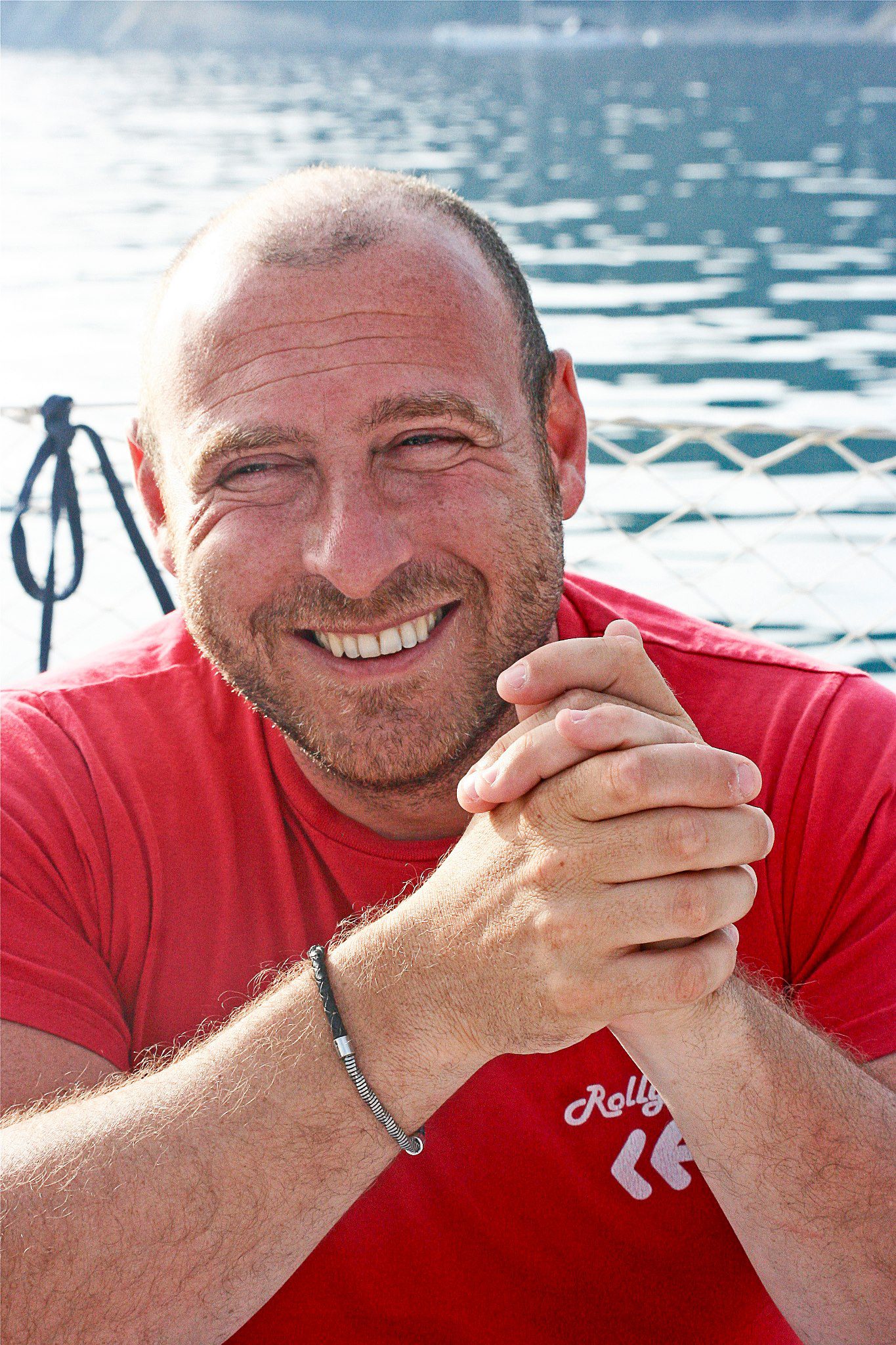 Alessandro de Angelis, born in 1978, discovered sailing working for several years for the renowned Breton sailing school Les Glénans. Once back in Italy, he joined Giornale della Vela, the most distinguished Italian sailing magazine, where he worked as correspondent and tester of sailing boats around the globe, becoming back in 2010 its chief editor. In the meanwhile its passion for sailing took him to participate to the most important international regattas onboard Platu 25, Swan 45 and classic boats. Since January 2017 he works as editor in chief for Sail Universe.
By Alessandro de Angelis
All (38)
Back to top button
Close