Szymon Kuczynski secured a new world record for the smallest yacht to circumnavigate the globe singlehanded and unaided, when he returned to Mayflower Marina in Plymouth on Thursday 17th May.

The solo sailor took a classic route round the three famous capes of Africa, Australia and South America. Szymon had been living in a space of just four square metres for over 9 months and accomplished this trip without ever making any stops to ports.

In 2013, he sailed back and forward across the Atlantic Ocean on his self-built, 5m long yacht, “Lilla My” as part of a ‘Call to the Ocean’ race.

And in 2014, Szymon finished his round the world trip- “Maxus Solo Around”- taking the Pasat Route, making stops at ports along the way. 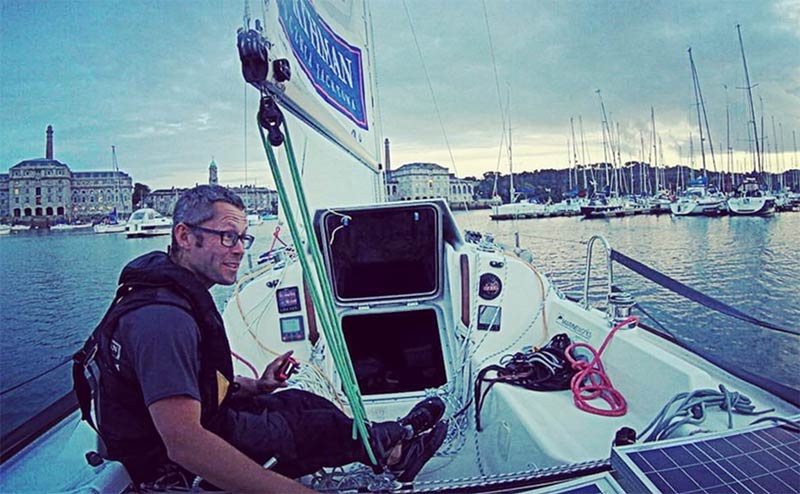 The sailboat was manufactured in the Northman shipyard in Poland. The Maxus 22, which is normally used for in-land sailing and close-shore waters, has been adjusted for such and ocean challenge, by changing most of it’s construction.

The hull and rigging have been strengthened and the interior of the yacht has been limited to the essential appliances. The cabin can be hermetically closed, and the hull can still remain floating on the water, even in case of an accident and a complete water flooding inside.