Sailing Nandji Ep 77: we leave Gizo town on our way to visit the famous Kennedy island. After a quick detour so Yosh can have a quick surf, we anchor in a beautiful anchorage and take the tender across the lagoon to Kennedy island.

Bonita tells us the fascinating story of survival of JFK in WW2. The island was renamed Kennedy island after JFK. During WW2 Kennedy and other Americans were on patrol in their vessel PT109 looking for Japanese targets when their boat was ran down by a Japanese destroyer.

Kennedy and the other survivors swam to the nearest island which is now called Kennedy island. We visit this little island and Bonita explains the full ordeal. 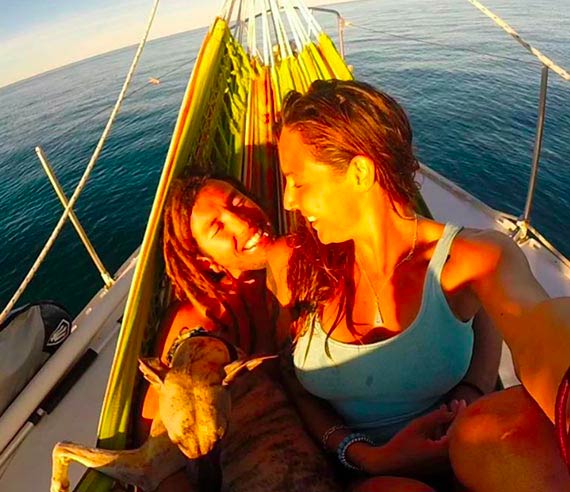 We are a young couple that decided there has to be a better life style than working all day to afford 2.5 children and a white picket fence!! We travelled around Australia in a Toyota Coaster bus for 2 years. Then we thought, lets buy a yacht instead... Why not hey!
By Sailing Nandji
All (186)
Back to top button
Close