Under his sailing brand, Philippe Briand has created a 55-metre superyacht that represents the capabilities of exploration under sail.

The yacht design was first inspired by a brief from a Californian yacht owner who was seeking long-range explorer for cruising in the Pacific Ocean. The essential criteria included a high maximum speed, an open, inside-outside style of living space, large tenders of up to 6.5 metres for trips ashore in remote areas, and a sizeable lazarette that converts to a beach club or fitness centre. 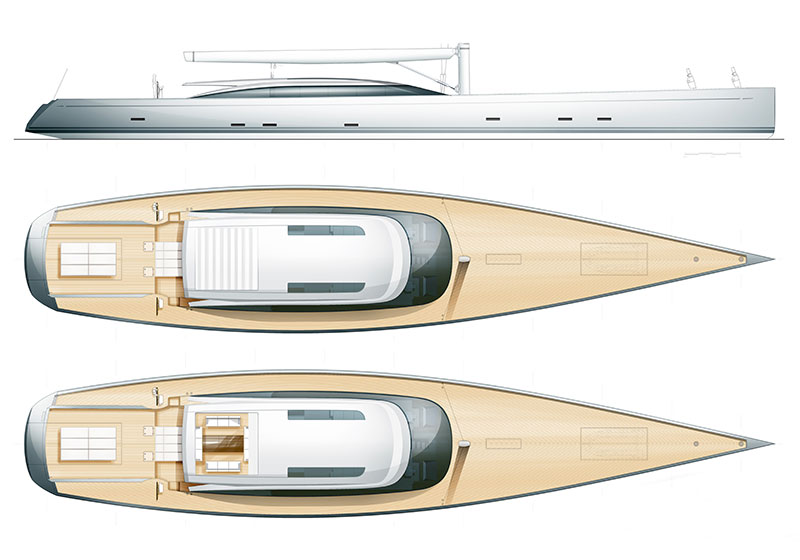 The owner was seeking many of the features that are usually associated with motor-yachts – namely space and plenty of tenders and toys – but wanted a sailing platform. The design emphasised a “purity” in the sense that, both under sail and motor power, it would have low carbon emissions thanks to integration of a high-tech propulsion system for when conditions prevented use of the sails. To enhance the sense of closeness to the ever-changing surroundings, this purity extends to a transparent superstructure. 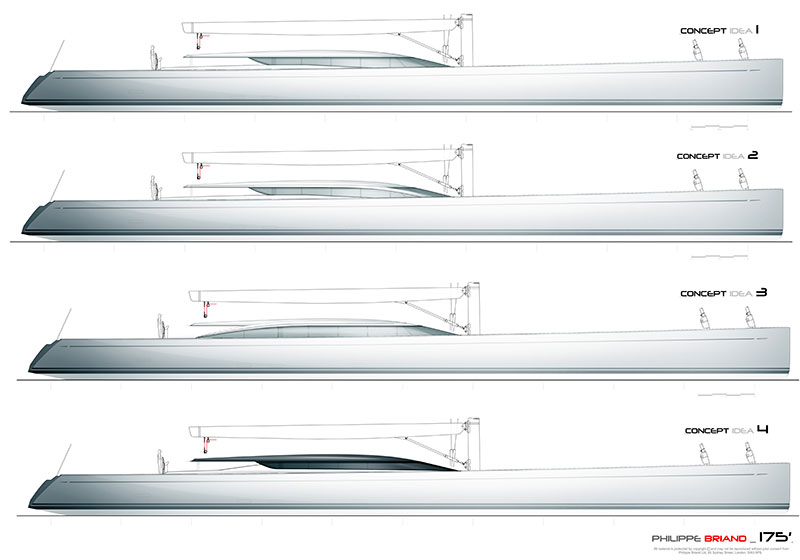 Technical features include a highly stable hull for reduced rolling and superior performance through advanced naval architecture to deliver a sailing speed of between 12 and 14 knots, which is comparable to motor-yachts in this size range. Innovative technology would deliver new ways to control and hoist the sails, while a lifting keel would minimise the draft of the yacht, allowing it to cruise in shallower waters like a motoryacht. The building cost for the sailing yacht would be comparable to a motor yacht of the same size, said Philippe Briand.

“There are a lot of stereotypes in yachting that are not actually true. A sailing yacht is not only for performance and racing. It can be just as suitable as a motoryacht when it comes to exploration, even with a touch more elegance,” he added.

Read also: Philippe Briand: “Hot to realize a successful project? We must be open-minded”