Sir Robin Knox-Johnston became  first man to sail solo and non-stop around the globe when he won the Sunday Times Golden Globe Race in 1969. Of the nine men who started the race, six withdrew partway round, one sank and was rescued and another committed suicide – Sir Robin was the only finisher.

To mark the occasional of the veteran seafarer’s 78th birthday this Friday, 16th March, Avaunt will be revisiting their extensive Q&A from the first issue of the magazine.

We have selected the standout quotes of this interesting interview… 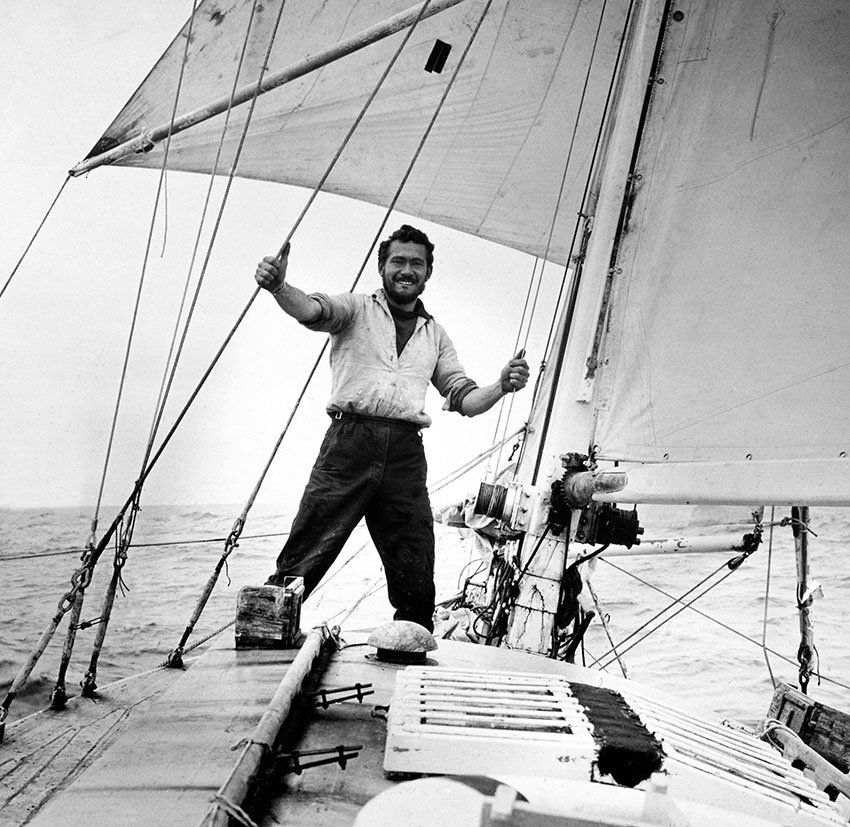 On proving the naysayers wrong

I think that “Fuck you!” factor is very strong in most people who go out and do things. Before I set off round the world, first of all a Sunday Times reporter said “Don’t bother with Knox-Johnston; he won’t make it.”

I was the only one in the race that the Sunday Times didn’t have a contract with, out of the nine of us. Which was a big mistake on their part.

On surpassing his inspirations

In my 20s and 30s I could give you a very clear answer. There were three people: Drake, Cook and Nelson. Since those days, no one really. I mean there was Éric Tabarly [holder of multiple transatlantic sailing records], but I went and beat him.

I still admired him immensely, but the three times we raced, I beat him. Did that lower my opinion of him? Absolutely not. But did he inspire me after that? No. So it’s a bit tricky that one. I’m not sure there is anyone now, which is rather sad. 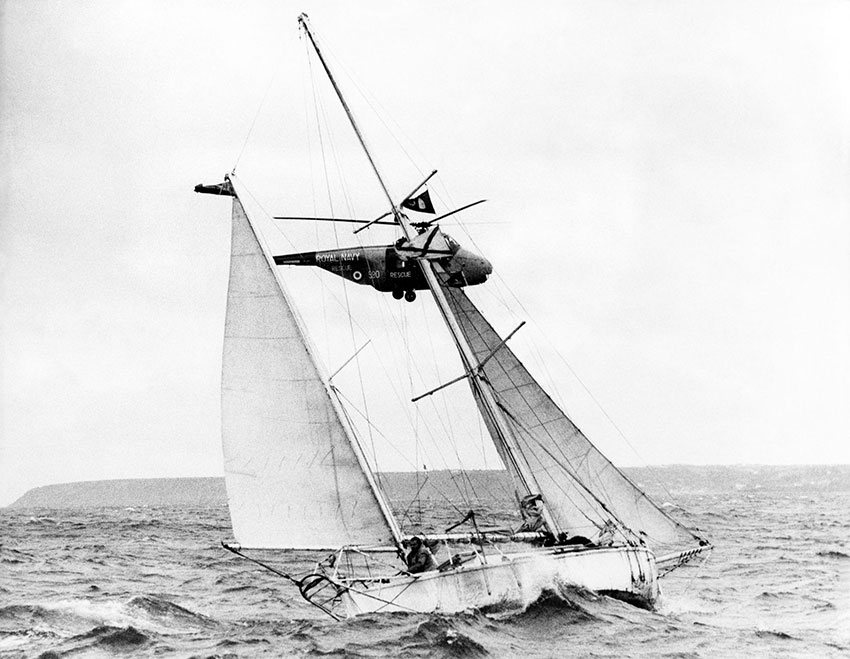 On modern health and safety culture

What depreciates the power of modern adventure is the increasing interference by health and safety. It’s totally out of control. Ran [Sir Ranulph Fiennes] and I underwent a BBC risk assessment for a programme, and they decided we couldn’t light a Primus stove without being supervised: that Sir Ran and Sir Robin couldn’t be trusted to light a cooker! I mean, how many decades have we been doing this? This is the sort of nonsense that’s interfering with adventure.

I was out sailing with my grandchildren in the harbour here, they were all in lifejackets and I wasn’t wearing one, and the patrol came up and said, “You should be wearing a lifejacket. It’s the law.” And I said “No it isn’t. The reason I’m not wearing a lifejacket is that if one of them falls in, I want to be able to swim after them. A lifejacket would be a hindrance.” “Well our advice is that you should wear one.”

And I said, “So what qualifications have you got?” He said, “I’ve got my Boatman’s Licence.” And I said, “Well I’ve got a class one Masters’ Certificate, and I don’t need advice from a ruddy boatman. So fuck off.”

Read the full interview with Sir Robin on Avaunt at  https://www.avauntmagazine.com/adventure/sir-robin-knox-johnston

Sailing Through Time – A tribute to ancient mariners and wooden boats

Sailing Through Time – A tribute to ancient mariners and wooden boats