Dongfeng Race Team have selected Carolijn Brouwer and Marie Riou for their Volvo Ocean Race campaign in 2017-18 – a move that confirms the impact of a rule change introduced by the race to encourage mixed male-female crews.

The two women bring a wealth of experience to Charles Caudrelier’s team, including a total of five Olympic Games and a host of world titles. They join Jérémie Beyou, Stu Bannatyne and Daryl Wislang, who were announced last week as the first of the campaign’s crew for 2017-18.

Brouwer, 43, is one of the Netherlands’ most respected athletes and a two-time Volvo Ocean Race veteran, having competed with Amer Sports Too in 2001-02 and Team SCA in 2014-15. She is also a former World Sailor of the Year and a three-time Olympian.

She is joined by France’s Riou, 35, who has competed twice at the Olympics, including Rio 2016, and has won four world championships in the Nacra 17 class.

The pair have been selected following an extensive programme of evaluation which included sailing and racing, both inshore and offshore, in Australia and Portugal.

Caudrelier, who will skipper Dongfeng again after securing third place in 2014-15, is delighted with the addition of what he describes as two exceptionally gifted female sailors.

“I chose Carolijn because she beat us many times during the last race when she helmed Team SCA in the In-Port Races,” he explained. “We all knew that she is a good helm and she has a big Olympic past and I really respect that. But her Olympic campaigns have turned her into a very fast driver and she knows where to put the boat.” 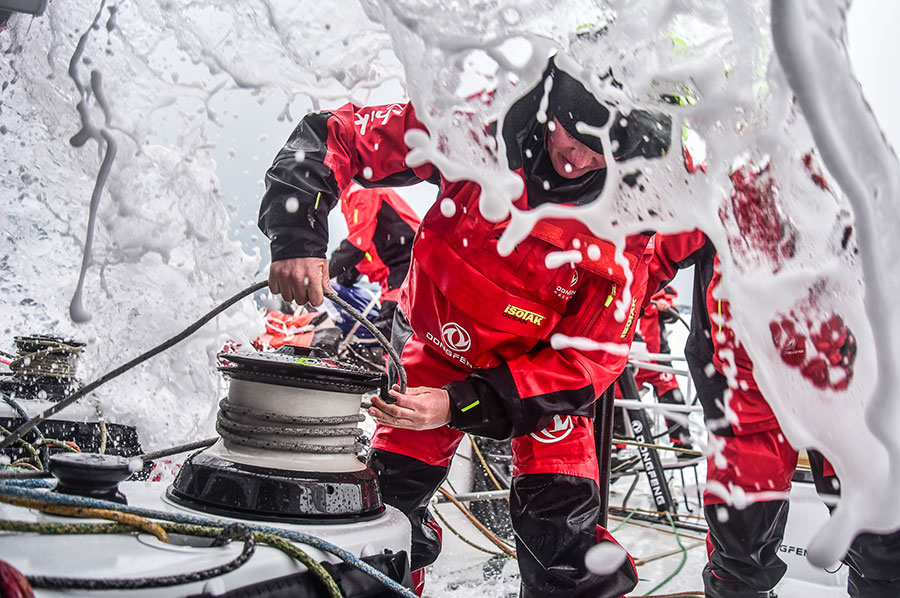 He added that Riou’s years of Olympic racing and training would be of great benefit to his squad.

“She is a very good Olympic sailor with tons of experience. She is also from Brittany so she has a background in offshore sailing. She is strong, she has a good spirit – which is the most important thing for me – and she is used to sailing with guys. For her, the Volvo Ocean Race is a dream and, like Carolijn, Marie wants to win.”

The selection of Brouwer and Riou is the first sign that the rule change, brought in by the Volvo Ocean Race in order to encourage female sailors who might otherwise be overlooked due to a perceived lack of physical strength or experience, will have a significant impact across the sport.

Under the new crew rules, all-male teams will be limited to just seven sailors but teams that include female sailors will be able to choose from combinations including seven men plus one or two women; five men plus five women; or 11 women.

Brouwer says that winning the Volvo Ocean Race has been a goal for many years, and she is delighted to be joining a Chinese team which she admired during the last race.

“I’m very proud to be part of the team,” Brouwer said. “One of the reasons I wanted to join Dongfeng Race Team is because of their strong team spirit. The Volvo Ocean Race is unique. It’s the ultimate challenge physically and mentally and, because you are in a team, you get the best out of each other.”