Louis Burton, the youngest skipper to start the last Vendée Globe, secured seventh place in the race this Thursday morning when he crossed the finish line off Les Sables d’Olonne at 07hrs, 47 mins, 49 seconds. For the young solo skipper who lives in Saint Malo, completing the legendary solo non stop round the world race today represents a major triumph. 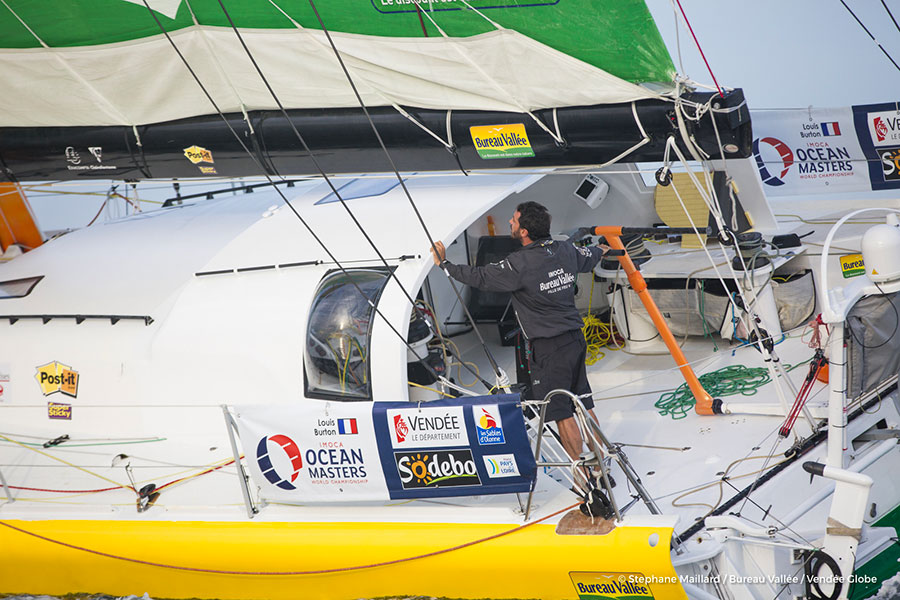 ‘Get Lucky’ by the Grammy Award winning French dance act Daft Punk was the booming soundtrack to his morning arrival back at the race pontoon in Port Olona. No musical backing to any of the finishes so far in this eighth edition has been more appropriate.

Burton did get lucky with a succession of prolonged, beneficial weather systems during his first time in the Southern Ocean and experienced neither big storms nor prolonged calms. But his result is equally the product of steady consistency aboard a boat he knows intimately, that he has had for six years and on which he has completed all of the major French classic ocean races finally including the Vendée Globe.

At 31 years of age Burton, who was the youngest skipper to start the last Vendée Globe, sailed a mature and smart race and his team built strength and reliability into the Farr design and have been rewarded today. His elapsed time is 87 days 19 hrs, 45 mins, 49 secs. He sailed 27,477 miles at an average speed of 13 knots. 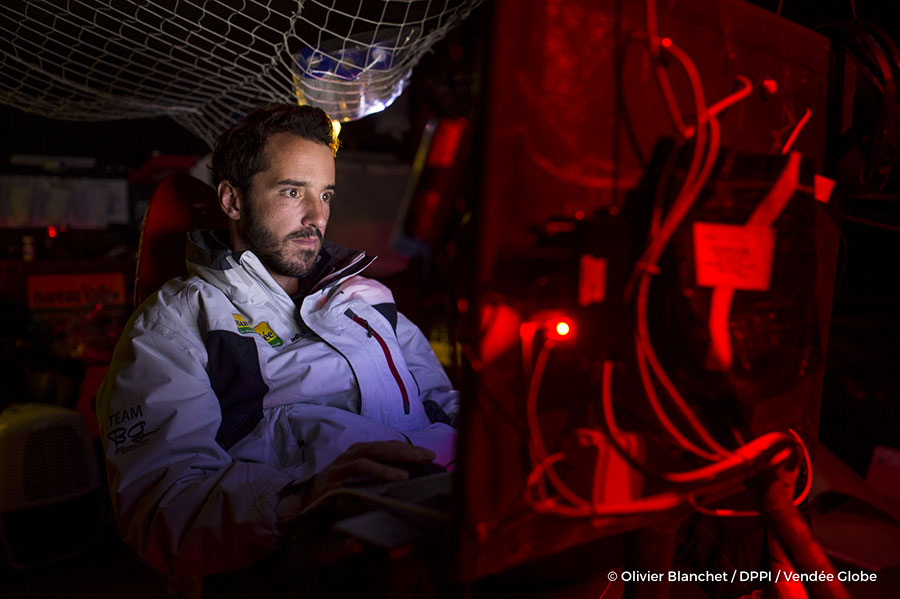 Seventh in this epic Vendée Globe is his swansong with a boat he loves. A clear signal of his aspirations to finish on the podium of the next edition of the Vendée Globe is that his team have already taken delivery of Armel Le Cléac’h’s foiling VPLP-Verdier Banque Populaire VIII, the outright winner of this race.

Not only does Burton realise an excellent overall position in the fleet of 29 starters on an ‘older’ 2008 generation boat, but he finally lays to rest memories of his all-too-short 2012-2013 attempt when he was forced to retire after damaging his rigging in a collision with a trawler. The race of the 27 year old ended prematurely, on only the fourth day. 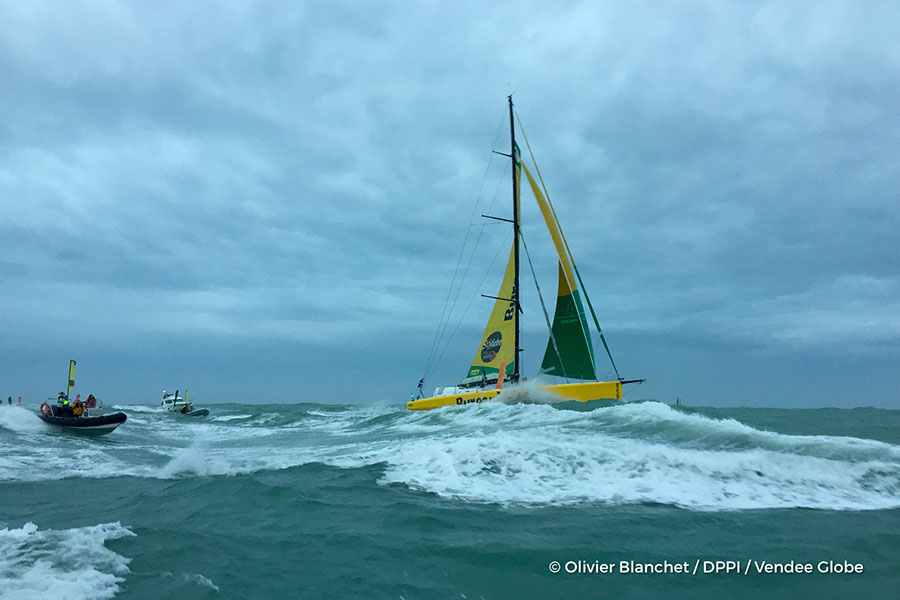 Burton’s seventh place comes as the hard earned result of a measured, regular high average paced race around the world by a partnership between skipper and boat that dates back to 2010. No other solo skipper among the 29 who started from Les Sables d’Olonne on November 6th has raced his boat for longer.

It is the first full circumnavigation for the IMOCA which was built and launched as Jérémie Beyou’s Delta Dore but which never finished an IMOCA ocean race before being taken on by Burton and his loyal sponsors, a giant French office furniture and supplies company which has nearly 300 depots.