Kito de Pavant, the 55 years old French skipper of Bastide-Otio, who suffered damage to his keel when racing in the remote South Indian Ocean while racing in the Vendée Globe solo round the world race, was successfully recovered from his stricken yacht around 0100hrs TU this morning and taken aboard the research and supply ship Marion Dufresne II approximately 110 miles north of the Crozet Islands. The solo skipper was immediately assessed by the ship’s doctor.  De Pavant is uninjured but is extremely tired and disappointed.


Kito de Pavant said: “I was lucky with my bad luck. The Marion Dufresne was in the area and that only happens four times a year… The conditions were nasty and late in the night, I was no longer able to get rid of the water. The boards were floating. It was hard leaving my boat and abandoning her in the middle of nowhere, and it’s really upsetting losing my boat. But that was the only solution, as I no longer had much energy left for the pumps and I was unable to recharge the batteries, as the engine was under water… A large section of the hull has been damaged, as the bottom of the hull went with the aft keel mountings. The keel ram ripped through more than a metre of the hull. It was sickening to see the boat in that condition. It was getting too dangerous for me… 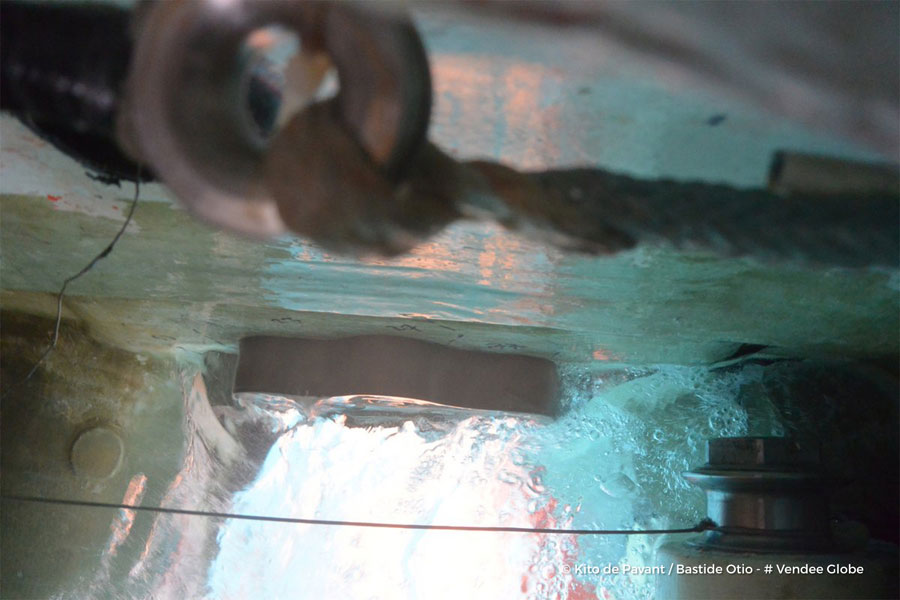 So now I’m on the Marion Dufresne II on her way towards the Crozet Islands and then the Kerguelens and Amsterdam. I’ll be staying on the French supply ship for three weeks. I don’t know this part of the world, but I’ll be doing the tour of all these remote islands.

It was hard leaving my boat and abandoning her in the middle of nowhere, and it’s really upsetting losing my boat. But that was the only solution

It was a very violent smash. I was doing between 15-20 knots in 25-30 knot winds on heavy seas. I was being cautious and not too fast and well away from the direction of the wind. I hit something, but I don’t know what. I heard a big bang and I immediately thought it must be something hard. But when I looked behind the boat, I couldn’t see anything. What I heard must have been the crash into the boat…

WHAT HAPPENED WHEN KITO WAITED TO BE RESCUED

The smash broke the aft part of the keel and hull around it and the aft keel mountings were ripped off too. When I went to look, the keel was still hanging there, but by the time I had furled the staysail (J-3) to slow the boat down, the keel had dropped around four inches. It only got worse. There was nothing I could do. I changed tack to head northwards, but I quickly understood that the boat could no longer advance. I lowered the mainsail and called the Race Directors.

The Marion Dufresne was fortunately 110 miles north of me. The other possibility was Louis Burton, who was two days away from my position. He would only have got to me tomorrow morning. It’s horrible leaving the boat like that and I have lost a lot and there are some very serious consequences. It’s the first time I have lost a boat. In terms of how I feel, it has hit me hard, but physically I’m fine.”

Shortly before 0700 UTC this morning, Thomas Ruyant – Le Souffle du Nord pour le Projet Imagine – informed his boat captain, Laurent Bourguès, that damage to the boat had led to an ingress of water.

While operating his port ballast tank system, the end of the snorkel tube, which allows him to fill the tank when the boat is at speed, broke off without causing any further damage to the hull. Thomas immediately saw that a lot of water was coming inside the boat. He quickly blocked the leak with bags and anything else he could find within reach. 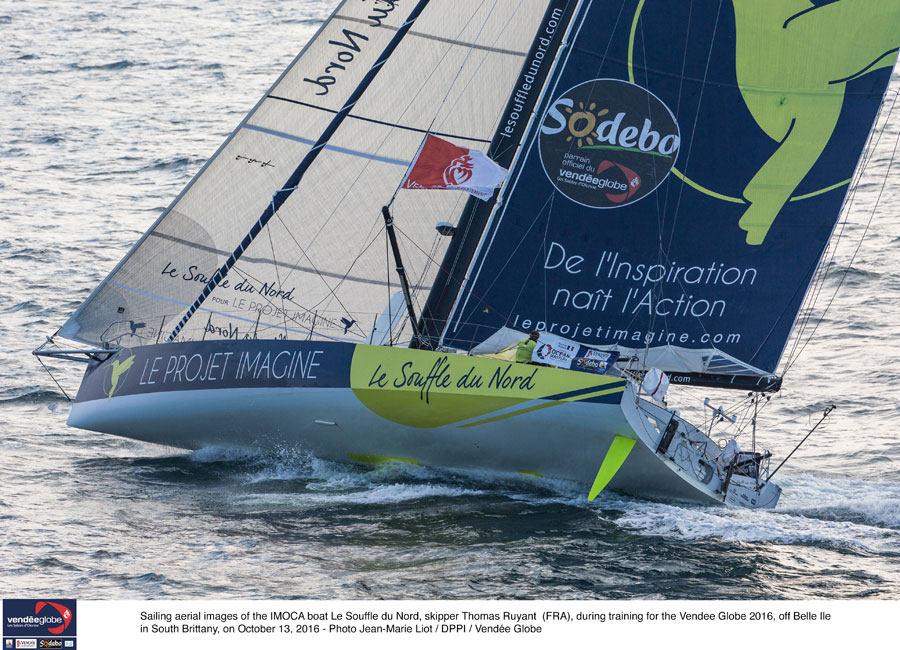 He immediately gybed to move to the port tack to keep the hole out of the water. Thomas has already managed to dry out part of the boat and is dealing with the situation.
With the support of Laurent Bourguès, he is currently looking for the best way to stem the flow of water. He has the required equipment on board.
Le Souffle du Nord pour Le Projet Imagine is currently experiencing 30-40 knot winds and heavy seas (3-4 m high waves).