Phil Sharp has established a new World Speed Sailing Monohull Record, single-handed across the English Channel from Cowes, Isle of Wight to Dinard, France in 9 hours and 3 minutes, subject to ratification by the World Speed Sailing Record Council (WSSRC), aboard his 40ft offshore Class 40 yacht Imerys averaging a speed of 15.3knts.


Starting at 06:38 UTC this morning Phil left the Royal Yacht Squadron Cowes start-line on a mission to break the existing monohull time of 12 hours 01 minute 31 seconds held by Frenchman Jean Luc Van Den Heede, and set in November 2004 on 85ft monohull Adrien with an average speed of 11.5knts. 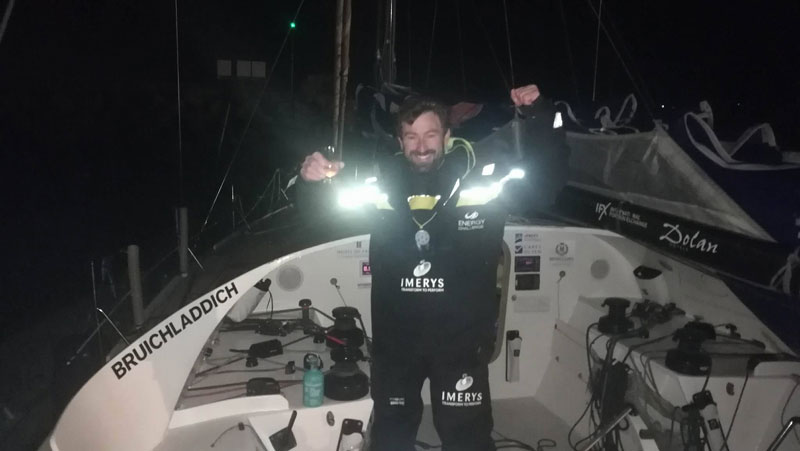 Phil commented on his record breaking adventure: “I am absolutely over the moon, I honestly didn’t expect to make such a quick time, but today the wind was very persistent and the boat was on fire the whole time. It was like getting power hosed for nine hours. Imerys was surfing down waves frequently at phenomenal speeds of over 20knts making the journey seriously wet and fast”.

“The cross-Channel is a record I’ve had my eye on for many years and it lived up to being an incredible experience, though I am absolutely wiped out from the intensity of such an action packed day, but I hope it will motivate someone else to go and take it on!”

Over ten years since this record was last attempted and in a boat twice the size, Phil was able to shave off a near whopping three hours setting a new benchmark for others to attempt.

Phil’s record attempt is yet to be ratified by WSSRC who await the black-box aboard Imerys for confirmation.