This momentous edition of the Rolex Swan Cup will live long in the memory and etch its own chapter in the annals of this remarkable event. A record 125 yachts from over 20 countries contested four days of racing. They encompassed designs representing over fifty years of nautical heritage.

Goddess of the water

In their pursuit of victory, the crew of Freya adopted a proactive approach. “We got to the front early and it’s always good to stay there. This was our race to lose,” explained Macpherson, whose boat is suited to the heavier conditions which characterised the second half of the week. “We did well when the wind came in. I couldn’t be happier and am very humbled to win at the Rolex Swan Cup.”

Interest in the Maxi class, reserved for the week’s largest yachts, stretched beyond the contest to identify the class winner. The presence of three brand new Swan 115s provided great intrigue. The Swan 115 represents a bold step into the increasingly dynamic superyacht market with its first three iterations all featuring in Porto Cervo for the first time. Of the three, Lord Irvine Laidlaw’s Highland Fling 15 is the one most built to race. Her status as the fastest boat on the water was never threatened. 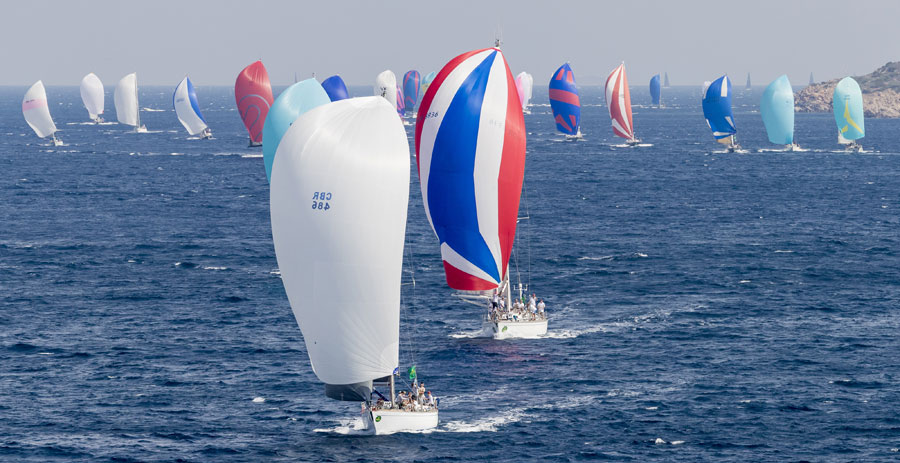 Those sailing the Swan 115s for the first time have enjoyed the experience. Maltese sailor Christian Ripard, four-time winner of the Rolex Middle Sea Race, is part of the crew on the newest arrival, Shamanna. “She is new, so we are still learning a lot about the boat. The loads are significant so you have to be very calculated and careful in making maneuvers. This is where teamwork, communication and having experienced afterguard people are important. It’s always about anticipating what is going to happen next.” 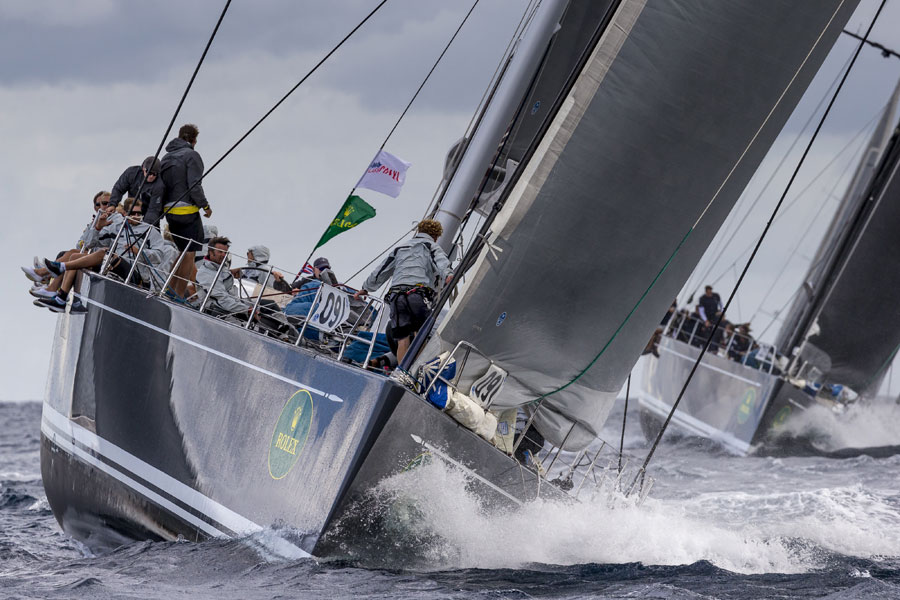 In the one-design Swan 45 World Championship the pattern was established early in the week. Elena Nova, runner up in 2014, set the pace with the predominantly Dutch-crewed Esthec and four-time world champion Earlybird from Germany in pursuit.

Come the eighth and final race of the series, the latter was out of contention, ensuring Elena Nova, from Germany, only had to curtail the ambitions of Rientz Willem Bol’s Esthec. A feat she achieved with second place in the final race enough to secure her first World Championship title.
“We had a good run all week,” explained owner Christian Plump. “The competition was good and that’s what makes racing interesting. The five leading boats were equal in speed so it was a question of boat handling and tactics and here in Porto Cervo there is always a surprise with the changing winds. It is never predictable.” 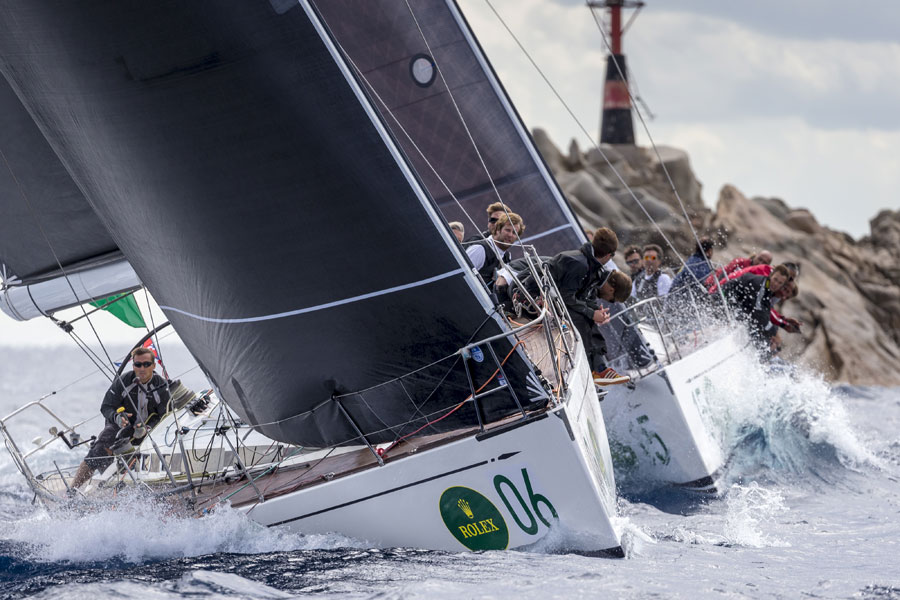 South African James Blakemore’s Swan 53 Music has become the first yacht to triumph at both the Rolex Swan Cup in Porto Cervo and its sister event, the Rolex Swan Cup Caribbean, held in Virgin Gorda on odd years. With four wins from as many races, Music dominated the Grand Prix class, a division where interest was magnified around the presence of the three newly-launched ClubSwan 50s.
The ClubSwan 50s are primarily conceived as a one-design, racing yacht and designed by Juan Kouyoumdjian who follows in the footsteps of Sparkman & Stephens, Ron Holland and Germán Frers Snr in drawing Swan’s distinctive lines. “I feel honoured to be part of the list of Swan designers,” explains Kouyoumdjian, emphasising “you have no room for error because the bar is set so high!”

American Ken Read called tactics on ClubSwan 50 Cuordileone and his sensations about the model’s potential were positive. “This is a fascinating collaboration between Juan and Swan, new world versus sailing culture. The boat meets my expectations, it’s light, quick, fun and fast.”
For the third Rolex Swan Cup in succession, ClubSwan 42 Natalia left the event with a Rolex timepiece having dominated the week’s racing. Helmed by Natalia Brailoiu, she won a remarkable six of the week’s eight races.
Ahead of the final day, the Mini Maxi class was a two-way contest between the Swan 56 Yasha, the defending champion from Japan, and Gerard Logel’s Swan 601, Arobas. Despite a fourth place finish on the final day, Logel and his French crew claimed the title by virtue of their two race victories. 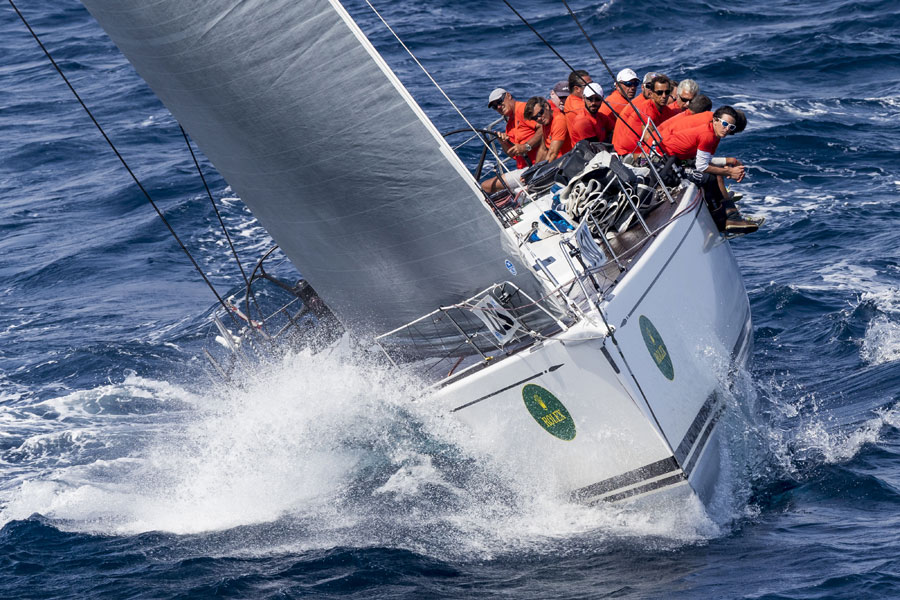 The 36-strong Sparkman & Stephens (S&S) classic division comprised designs constructed between 1966 and the early 1980s, from the very first Swan build – the 36-ft Tarantella – through to the seven competing Swan 65s, legendary offshore racing competitors in their era.

One of the attending Swan 36s, Josian was winner of the first Rolex Middle Sea Race in 1968 and sailed to that success by Christian Ripard’s father and uncle. “I went to visit Josian on the docks. She is still so well maintained, in mint condition. It’s nice to see and some record to have,” admitted Christian Ripard.
This is a close-knit division where owners are united by their shared passion for the sea and appreciation of timeless quality. 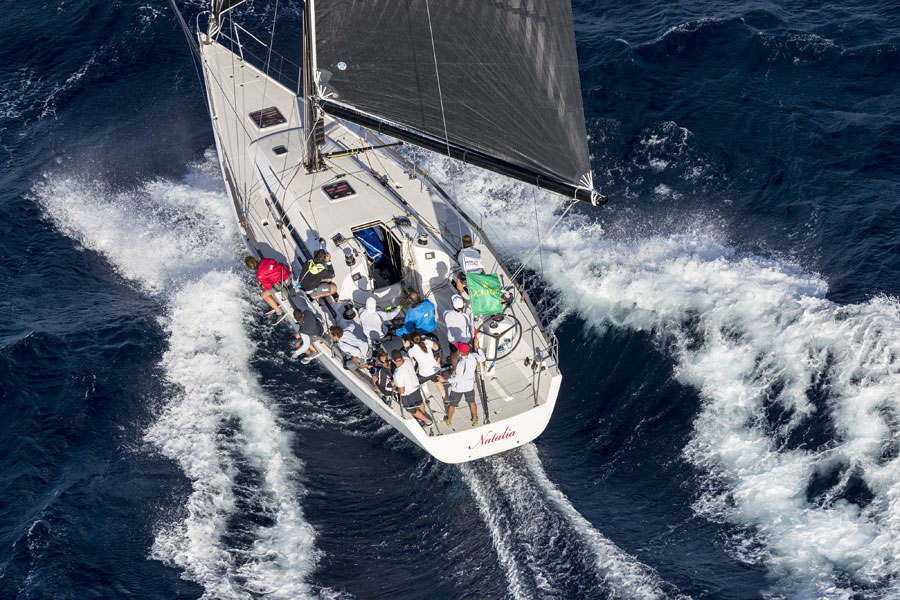 Competitors came from as far afield as South America, including Chilean Martin Wescott and his family on the Swan 57 Equinoccio and Brazilian Riccardo Diomelli, owner of Une Joie de Vivre, both attracted by the event’s revered reputation. “I am a fan of something that has tradition and these boats have a real story,” explained Diomelli. “A Swan 65, the model of my boat, won the first Whitbread Round the World Race. Wherever you go, in every port, every sailor knows about the story of the Swan 65.”

Winner of the S&S division was Sleeper X, a Swan 48 recently acquired by Jonty and Vicky Layfield.