Adventurer Martin Frey has made history by becoming the first person to have scaled the seven summits and sailed the seven seas, arriving in after a month at sea battling some of Mother Nature’s worst conditions in the Clipper Round the World Yacht Race.

Martin Frey, 56, from Utah, USA, crossed the North Pacific with the crew of the Visit Seattle entry, arriving into Seattle today (Sunday 17 April) after the 5,768 nautical mile race from Qingdao, China. Martin’s Pacific race was the culmination of eleven years of global adventures spanning 35,000 nautical miles and more than 14.5 vertical miles scaling the highest summit on each continent.

During the ninth race of the global series, the Clipper Race crews reported the worst conditions they have ever experienced on the circumnavigation, with the yachts pounded by huge seas and winds gusting over 80 miles per hour, causing injury and damaging the yachts. Upon arrival, Martin was reunited with his family.
Martin thanked his wife Kym and mother Charlotte for their support, and dedicated the Pacific Ocean crossing to them and daughters Lily and Meredith. 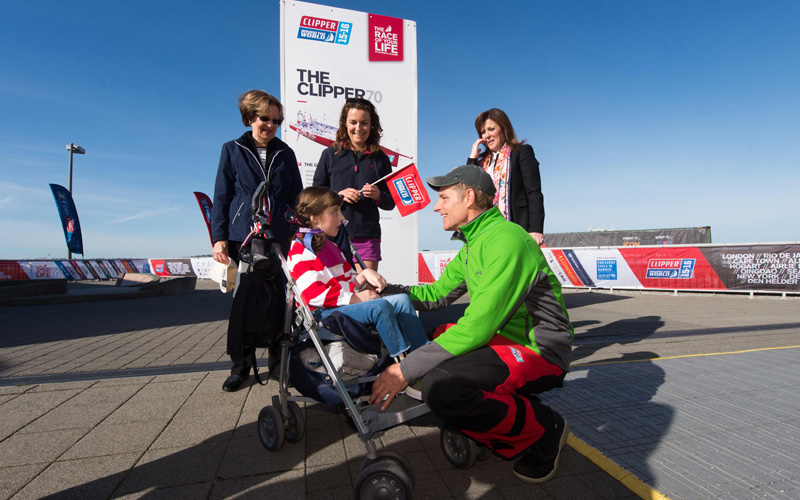 He said: “The mighty Pacific certainly showed us everything she can muster. As soon as we turned the corner south of Japan, we got hit by head on waves, and I got seasick. From then on, the violent storms were just relentless all the way through. I have seen the biggest breaking waves and winds out there.  Even though you were miserable in the moment, you have this inner confidence and resolve that you will endure and persevere through the challenge. I think my previous experiences helped with that. The Pacific Ocean crossing was the toughest thing I have done out of all the challenges, including climbing Everest. It was extremely hard physically and mentally due to the hostile environment which saw us encounter snow and big Pacific storms regularly”.