The 39.95 metre J-Class Rainbow is on the market, listed for sale by Will Bishop at Yachting Partners International.

Built by Dutch yard Holland Jachtbouw in aluminium in 2012, this Rainbow replica is based on the original  William Starling Burgess design (and built by Herreshoff in the USA in 1934), with a modern update from Dykstra Naval Architects.

Rainbow is the first J-class yacht with a complete hybrid propulsion and power system. This means fuel savings of up to 30% as well as a reduction in sound. her rig includes a Southern Spars high-modulus carbon mast, boom and spinnaker pole, continuous carbon fibre rigging, North Sails 3Di racing sails and Lewmar high-speed hydraulic winches. 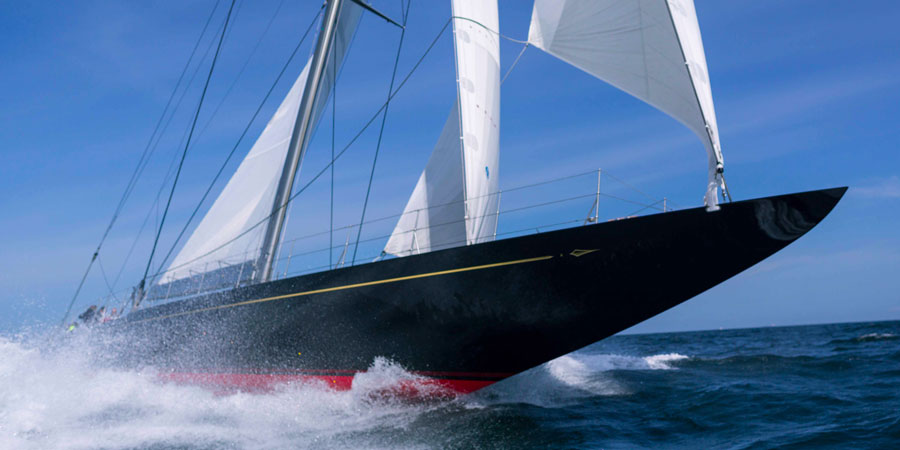 On May the 15th 1934, the William Starling Burgess Design J Class Rainbow was launched at the Herreshoff Yard in Bristol, Rhode Island, USA. She was built to defend the America’s Cup against “Endeavour” in 1934. The first 2 races were tough for Rainbow but the last 4 races she beat the Challenger Endeavour.

Owner Vanderbilt laid Rainbow up in a dry dock and then refitted her. In 1937 she was sold to Chandler Hovey and contended for Defence of the Cup. Sadly for her, Ranger won and became the new defender for the next Cup. In 1940 Rainbow was sold for scrap.