What sailing survival tool gets overlooked more often than most any other? It’s not flares, EPIRB, VHF, liferaft or a knife. This small, lightweight, waterproof, low cost, super-tool has been used for over 100 years to save lives ashore and afloat.

Maurice Bailey along with his wife Maralyn survived for 117 days on a rubber raft in the Pacific Ocean. The harrowing tale of the Bailey’s survival remains one of the great sea stories of what it’s like to live for months on a small liferaft. Here’s an excerpt from Wikipedia:

“The Baileys’ journey began when they left Southampton, England in their 31-foot (9.4 m) yacht, the Auralyn. Their intended destination was New Zealand. They passed safely through the Panama Canal in February and were on their way to the Galapagos Islands.

At the crack of dawn on 4 March 1973, their yacht was struck by a whale and severely damaged. After transferring some supplies to an inflated raft and dinghy and salvaging some food, a compass, and other supplies, the Baileys watched as the Auralyn disappeared beneath the waves.

To survive, they collected rainwater and when their meager food supplies ran out, began eating sea creatures such as turtles, seabirds, and fish caught by hand or with safety pins fashioned into hooks.

As they drifted in the open Pacific, the couple saw seven different ships but were unable to attract these ships’ attention since their signal flares failed and their emergency kit did not contain a signaling mirror.”

3 Things You Should Invest in as a Scuba Diving Enthusiast

3 Things You Should Invest in as a Scuba Diving Enthusiast 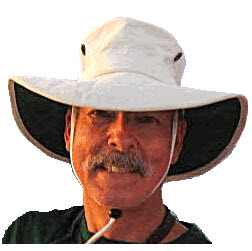 Captain John Jamieson was a search and rescue skipper, ship driver, navigator, and master training specialist in the U.S. Coast Guard. He later directed the Seamanship and Chart Navigation departments for the Professional Mariner program at the Chapman School of Seamanship in Florida. He is the author of 'Seamanship Secrets' published by McGraw-Hill and has written 20 other eBooks on navigation, seamanship, and small boat handling. Visit his website at www.skippertips.com
By John Jamieson
All (62)
Back to top button
Close