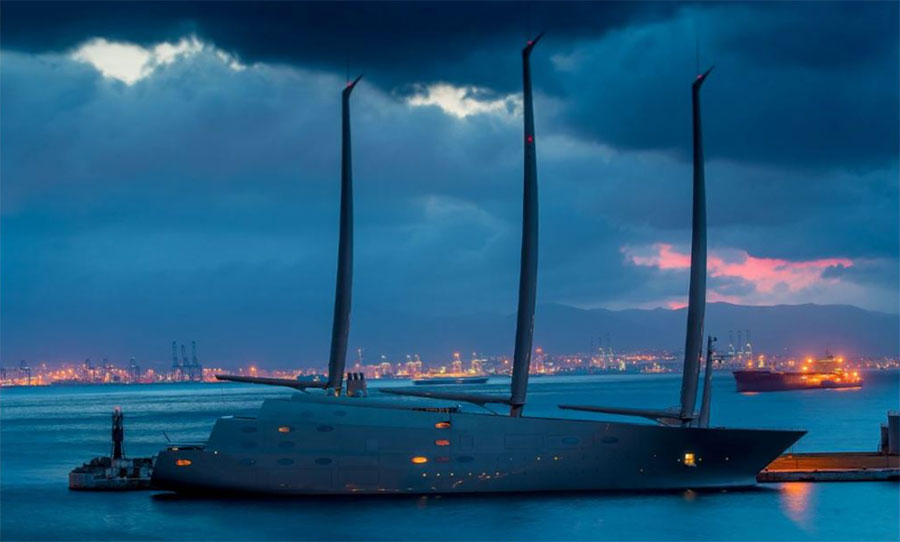 One of the world’s largest yachts, Sailing Yacht A, has been arrested in Gibraltar over a €15.3m admiralty claim filed by the German shipyard that built it.

The sleek, futuristic yacht attracted wide media attention when it sailed into port on Wednesday morning for what should have been a short refueling stop.

She is one of the world’s largest and the most advanced superyachts with unique features such as an underwater observation pod, hybrid diesel-electric propulsion system and state-of- the-art navigation systems. The luxury sailing yacht’s three masts are the tallest and most highly loaded freestanding composite structures in the world. The mainmast towers 100 m above the waterline.

But just hours after its arrival, lawyers for superyacht builder Nobiskrug filed a claim in the Supreme Court against the vessel’s “owners/charterers/operators” for breach of contract.

Nobiskrug says the final €9.8m payment of a shipbuilding contract between the yard and Valla Yachts Limited, the vessel’s Bermuda-based registered owner, was due on January 27 but has not been paid.

The total sum sought by Nobiskrug amounts to €15,298,297.05 plus interest, according to the claim filed by Triay Stagnetto Neish, the Gibraltar law firm acting for the yard.

“We assumed the matter was progressing to a resolution as Nobiskrug were happy to release the yacht on February 5th to the owner’s project team for further works to be carried out in Spain.”

The cost of the superyacht has not been formally confirmed but is reported to be as high as €450m.

Sailing Yacht A is a sailing yacht launched in 2015. The vessel is a sail-assisted motor yacht designed by Philippe Starck (exteriors and interiors) and built by Nobiskrug in Kiel, Germany for the Russian billionaire Andrey Melnichenko.