The Cruising Club of America has selected Erik de Jong (Sitka, Alaska) to receive the Club’s first Young Voyager Award for his extensive voyages made from an early age.  The Board of Governors established this award to recognize “a young sailor who has made one or more exceptional voyages.”  The medal will be presented at the CCA’s annual Awards Dinner in New York on March 3, 2017.

Born to an offshore sailing family, Erik was only several months old when he started sailing with his parents. By the time he was thirteen, he had logged over 2000 miles of summer cruising and had held his first responsible position on a passage to the Lofoten Islands off northern Norway. 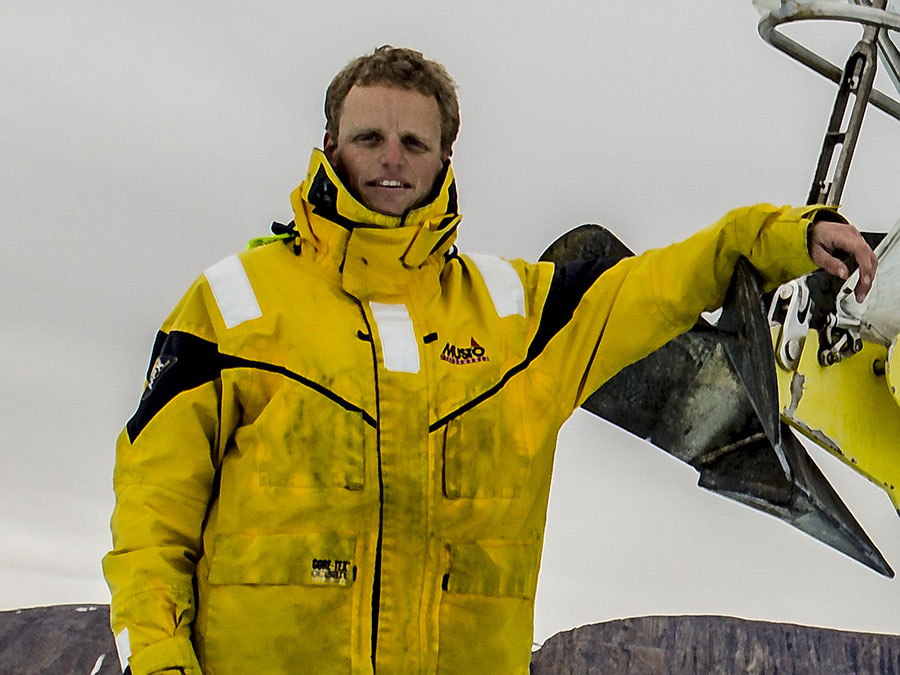 Erik’s father was a professional yacht builder, so it is not surprising that he started “designing” boats in kindergarten and that high latitude sailing and his first transatlantic at age 16 solidified his ideas on proper yacht design. While attending university, Erik obtained a degree in Naval Architecture and started working at North Sails loft in the Netherlands as a sail designer as well as a sailmaker.

With these technical skills and the necessary financing, at age 21 he started construction of Bagheera, a Dutch flagged, steel cutter-rigged expedition vessel built for shorthanded sailing. By age 26 de Jong had completed construction of Bagheera, which he and his father immediately sailed across the Atlantic by the Northern route, his seventh transatlantic crossing.  Eric now lives in Canada and uses Bagheera annually for sailing, research and mountaineering charter trips covering the coasts of Greenland as well as Canada.