China’s Dongfeng Race Team will build on the all-round success of their Volvo Ocean Race debut and return in 2017-18 for a second successive campaign under French skipper Charles Caudrelier, the team announced on Monday.

The team will be 100% backed by Dongfeng Motor Corporation, the Chinese motor manufacturer headquartered in the Hubei province city of Wuhan, and the target will be to improve on an already strong performance in 2014-15, when they exceeded expectations by finishing third overall.

Yang Qing, the vice president of the Dongfeng Motor Corporation, said the company was proud to be back in the Volvo Ocean Race: “The Volvo Ocean Race is the premier offshore sailing race in the world and has attracted China’s attention. More and more media and public now know of the race through the challenge by Dongfeng Race Team, with the support of Dongfeng, in the 2014-15 edition. There is no doubt that Dongfeng Race Team made history and multiple Chinese sailors are part of that story. 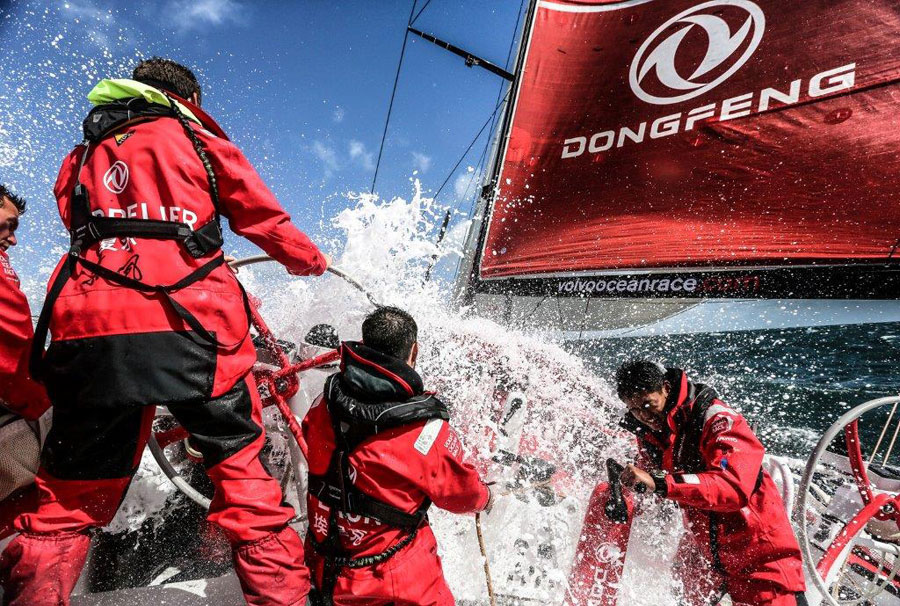 “Not only did Dongfeng Race Team succeed in marketing the Chinese motor brand to a growing global customer base, but the team also promoted Chinese culture through the Volvo Ocean Race. Dongfeng Motor Corporation is dedicated to support the Chinese team again with the leadership of skipper Charles Caudrelier and to once more challenge the offshore sailing fraternity and establish an effective communication channel about the sport of sailing between China and the world,” he concluded.

Caudrelier’s team are the second confirmed entry in the race, which will start on October 22 next year and take the teams 45,000 nautical miles around the world in one of the toughest routes in the race’s 43-year history. Team AkzoNobel, skippered by Simeon Tienpont, were the first team to announce.