British skipper Alex Thomson is one of the most famous skipper ready for the Vendée Globe. He considers a course record is likely, the time to the Equator may be as little as six days – a record in itself. He revealed that one of his biggest worries is straying into the ice exclusion zone, not because of any threat of ice, but because of the swingeing penalties.


Initially any skipper who sails into this exclusion zone must return and exit at, or west of the entry point, and then the penalty can be from 24 hours to disqualification. Thomson revealed he has an alarm watch which delivers an electric shock to his wrist to ensure he wakes on time and does not stray into the exclusion zone. 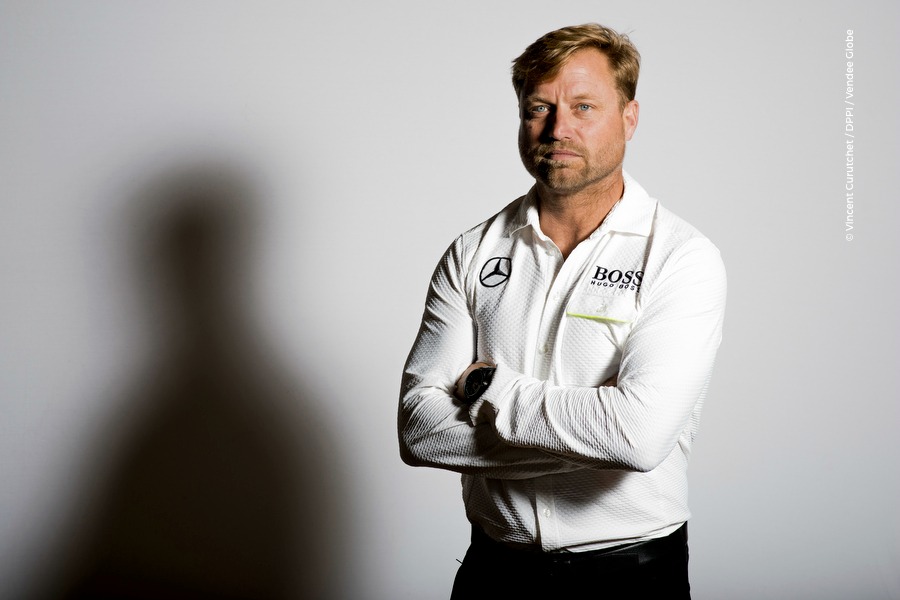 “Don’t break it. We will have to get used to the conditions pretty quickly. But the goal is to try not to be a hero in the first days, tor try not to smash her up, watch out for the fishing boats, for the traffic.”

Finding the max, the red line?

“In some ways with the foilers the red line just comes up to you, you are not looking for it. And when you are on the foil you are often on smaller sails anyway. In many ways then it is more obvious when to reduce sail – but in fact you go faster!” 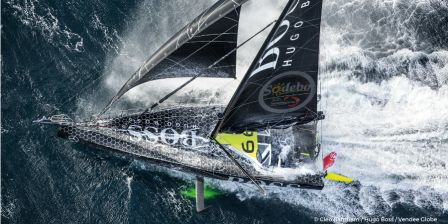 Expectations and boat for boat strategy, different with the foilers?

“We don’t know much about strategy boat on boat. We don’t know what the others (foilers) will be like. We saw a bit in the New York – Vendee but in fact we have improved the boat immensely since then.”

Noise and stress, dealing with the additional noise?

“It is hard to see speeds to the Equator being less than 20kts. If we can finish we will be in with a great chance of a record. We have to finish. With this forecast six or seven days to the Equator, then potentially the race record can be broken. The boats are fast enough if there is enough reaching and downwind I’d expect us to break the 78 days. ”

“Now you are surfing at over 30kts then it is much more fun. You feel the back of the boat touching down every few seconds. The boats are a real pleasure to sail. If the boats were a bit dull, a bit boring. Twenty to thirty knots is a big difference.”

“I always feel emotional and nervous at the start. There are half a million people shouting your name as you go down the canal. That is emotional. ”

“I feel most anxious about the start, the isolation in the Southern Ocean creates an anxiety in itself, and then the worst big can be near the finish. The biggest, windiest part of the race was the last two days. Then there are fishing boats and traffic to the finish.”

You are anxious until you reach the finishing line.

“The movement is all over the place. It is unpredictable, the foil lifts the boat and then you don’t really know what is going to happen, does it accelerate, does it come back down, you hold on and stop yourself from getting injured. ”

“The New York Vendée was our only chance to measure ourselves against the others. It showed us we had the speed but we had a reliability problem which we have now solved. I feel confident in the speed but we train in England only and then in Portugal in August in good winds. Often we would like to train with the French guys and see where we are and how they compare. And I am sure they would like to know how fast we are, what our strengths and weaknesses are. We will just have to wait and see. Our foil systems are very different to the other boats. On our foils the shaft is doing the work (lifting the hull) and on the others the tip is doing the work. And so we expect to see some differences between the foiling boats and at times that difference can be significant. It will be very interesting to see our strengths and weaknesses.”

“I think it is a shame Britain does not have as many teams as in 2008-9. My job is to win and then for sure next time we will have many more British teams. There is the talent in Britain.”

“The difference between gates and having this exclusion zone is that this will force us to sail VMG down the line. And so the difficulty for us is the possibility of crossing the exclusion line, they have already told us the penalties. The penalties are big. You must exit at that point or west of it. It is something that I know all the skippers are very nervous about. It is very easy when you sail close to the line and for example when you are tired and you maybe don’t wake up, then that is why I have a watch that when I set the alarm gives me an electric shock to combat the possibility of over-sleeping.”

Prada Cup Final: Who Will Become The Challenger of the America’s Cup?

Prada Cup Final: Who Will Become The Challenger of the America’s Cup?