There are three teams in the hunt for the Series title and with some intense mid-fleet rivalries to resolve, there will be no margin for mistakes and no excuses for poor performance at Act 7, Istanbul presented by Yandex, from the 1 – 4 October.

Taking four victories so far this season after six Acts, and never dropping off the podium, The Wave, Muscat is the clear favourite going into Istanbul with an eight-point cushion at the top of the leaderboard.

A strong performance in Turkey will be key for The Wave, Muscat’s ruthlessly efficient British helm, Leigh McMillan, as he makes his move for the overall Series title for an unprecedented third time. Even though an overall winner is not expected to be crowed until after the final regatta at Sydney in December, expect to see him trying to push any rival to the crown down the fleet on the Bosphorus.

Standing between McMillan and his third title, are Red Bull Sailing Team and SAP Extreme Sailing Team who have consistently challenged The Wave, Muscat’s outstanding form this season. But the Austrians and Danes will need to sail a faultless Act in Turkey if they want to be in the running at the end of the year. 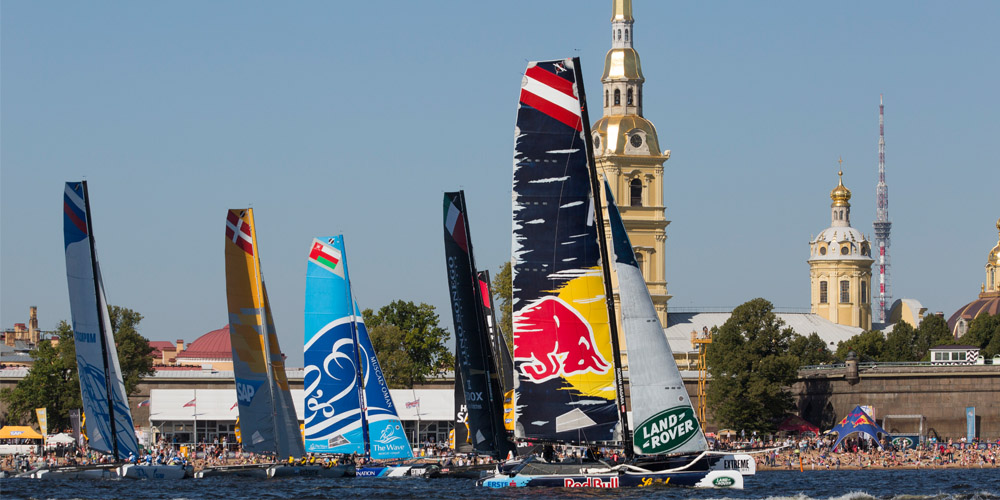 “When McMillan goes out of his way to target us I don’t take it personally, I take it as a compliment – we are a force to be reckoned with,” explained SAP Extreme Sailing Team’s co-skipper Jes Gram-Hansen, “They have pushed us around all season, but not this time; in Istanbul we will answer back.”

With only 11-points between fourth and eighth place, the battle for the middle order is raging. Leading the charge in fourth place Gazprom Team Russia, racing for the first time in Istanbul with an all-Russian crew, hold a slim three-point lead over Oman Air in fifth. GAC Pindar are in sixth place and hoping that the return of America’s Cup sailor Chris Draper to the helm will lift them up the standings.

In seventh, but still in the running, Team Turx, co-skippered by Edhem Dirvana and Mitch Booth, are aiming to excel on home waters in front of a home crowd: “The team have been preparing all year for this and we’re ready,” said Dirvana.

Rounding off the leaderboard Lino Sonego Team Italia will hope to continue their outstanding form from Saint Petersburg as they welcome experienced Series helm Pierre Pennec, runner up 2011 and 2012 with Groupe Edmond de Rothschild, to the crew.

With eight races planned each day, the action will kick off on Thursday 1 October with the highlight of the week being the iconic race down the Bosphorus under the bridges that connect Europe to Asia on Saturday 3 October.