It was a nerve-wracking afternoon for New Zealand fans, who saw the first attempt at sailing race seven abandoned when the wind died. But 10 minutes before the last possible starting time for racing, Regatta Director Iain Murray determined the wind had built enough to conduct a fair race.

In the second attempt at racing, Burling won the start over his counterpart on Artemis Racing, Nathan Outteridge, and led into mark one for the first time in the series. 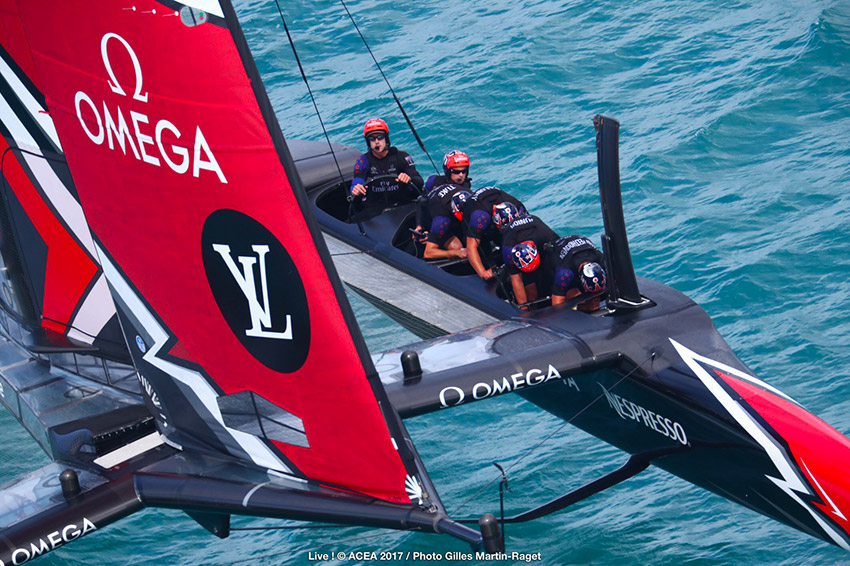 From there, the Kiwis showed blazing speed, extending around the race course for what appeared to be an easy win and a date in the America’s Cup against ORACLE TEAM USA.

In 2013, in San Francisco, ORACLE TEAM USA skipper Jimmy Spithill led his team to one of the greatest comebacks in sport, racing back from a 1-8 deficit to win 9-8 over Emirates Team New Zealand.

But Peter Burling wasn’t on that team. In fact, the only holdover on the Kiwi starting crew is wing trimmer and skipper Glenn Ashby. This team hasn’t shown any signs of holding any scars from that race.

“We’re here to bring the Cup back to New Zealand and that hasn’t changed.” Burling said just after crossing the starting line. “We’ve gone through a lot of adversity… We’re super-excited to take on Oracle.”