Facebook Twitter LinkedIn Pinterest Reddit WhatsApp Telegram Share via Email Print
Five months on from his accident while training on a GC32, Franck Cammas, supported by his crew, will be back at the helm of the AC45 one-design Groupama Team France in New York to compete in the second event of the 2016 season of the Louis Vuitton America’s Cup World Series, the preliminary circuit for the America’s Cup. A single objective criterion was set between coach Bertrand Pacé and Franck Cammas when it came to deciding whether or not the sailor from Aix-en-Provence could return to competition: the latter’s mobility. Bertrand Pacé: “From the point where Franck was sufficiently mobile during a series of training sessions aboard the GC32s that behave in a very violent manner, he will be fully capable on the AC45. As a result, the decision has been made quickly: Franck will be the helmsman on Groupama Team France in New York” 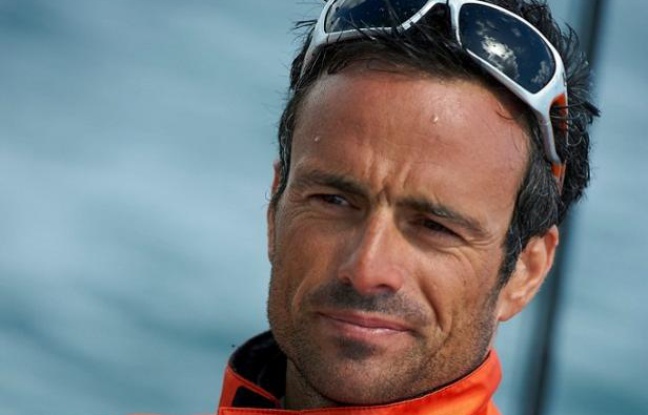 For Franck Cammas: “Racing in New York will punctuate five extremely intense months and a rehabilitation programme, which I’ve tried my best to control. I focused on the positives the minute I learnt that my foot had been saved. From that point, I gave my all to my rehabilitation and the other team-related activities. I think this approach got me into a virtuous circle, which favoured my recuperation. However, it’s important not to lose sight of the tough times where the pain really called for me to grit my teeth. I put myself in the red in a bid to recover as quickly as possible. When you’re aware that the group is in training and progressing and you can’t be part of all that it’s frustrating and inevitably led to tension at times. I had to get back to the top of my game, which took a great deal of effort and self-sacrifice. Today, I’m still cautious when it comes to jumping on the trampoline, but I’m more motivated than ever and I’m happy to be in a position to face up to the competition with a talented crew. I’ve missed the competition environment. I’d also like to take this opportunity to thank Adam Minoprio, who fulfilled his role as replacement to perfection in Oman. It was a very positive experience for the whole team.”

Temperature Rising Ahead of Swan’s Unique Nations Trophy in Palma

Temperature Rising Ahead of Swan’s Unique Nations Trophy in Palma