The Transat, the first and oldest single-handed trans-ocean race in history, is heading to New York City and will culminate at the new ONE°15 Brooklyn Marina, race organisers and rights holders OC Sport, announced today.

The marina will be an Official Host Venue Partner to the race alongside Plymouth, UK and is located in the heart of Brooklyn Bridge Park opposite Manhattan. It’s the newest marina to be built in New York City and is currently under construction with a grand opening set for Spring 2016 to be marked by this iconic and exciting race.

“We are thrilled to kick off our grand opening season by hosting the finish of this iconic and historic sailing race,” said Arthur Tay, Chairman of SUTL Group, the majority owner of the Brooklyn marina and the visionary behind the ONE°15 Marina brand.“Our goal in designing this marina was to offer an unparalleled level of access to the water for the local Brooklyn community, New Yorkers, and boating enthusiasts from around the globe. The prestigious Transat race will certainly bring a wide audience to the waterfront in Brooklyn and solidify its place as a sought-after international sailing destination.” 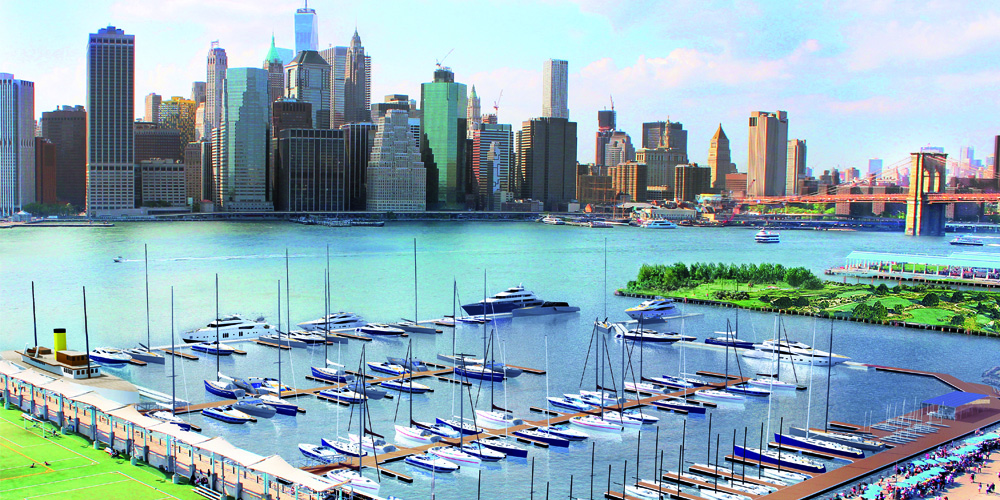 “We are extremely happy to announce ONE°15 Brooklyn Marina as our Host Venue Partner for The Transat’s exciting finish,” said Hervé Favre, The Transat’s Event Director.

“The marina will have many promising features but a key one for us, as organisers, is that the entire fleet will be able to stay together in one place, which I believe is unprecedented in New York for a multi classes event including giant multihulls. This is a game-changer for New York Harbour, and I believe The Transat will be the first of many races to come to this state-of-the art marina,” added Favre.

The Transat charts a course from Plymouth in the United Kingdom to New York, a dangerous route that tests the best single-handed sailors in the world to their limits. Returning for the first time in eight years, the race is set to cement its status as one of the most important and prestigious events on the international sailing calendar.

The Transat is scheduled to depart from Plymouth on the 2nd May 2016 with ONEº15 Brooklyn Marina expecting the first boat around the 9th May. There are four classes of boats in the race, the fastest of which are some of the most spectacular multihulls in world sailing.