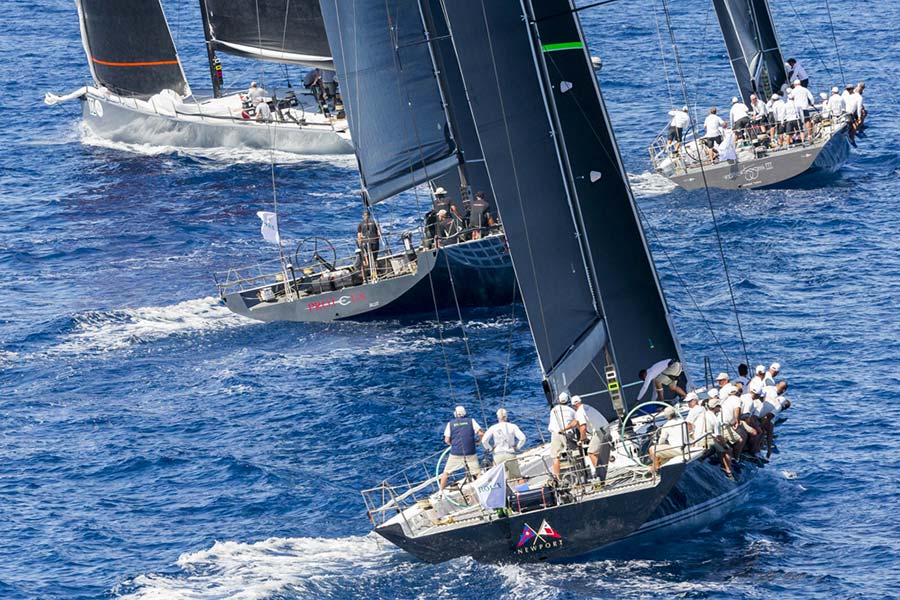 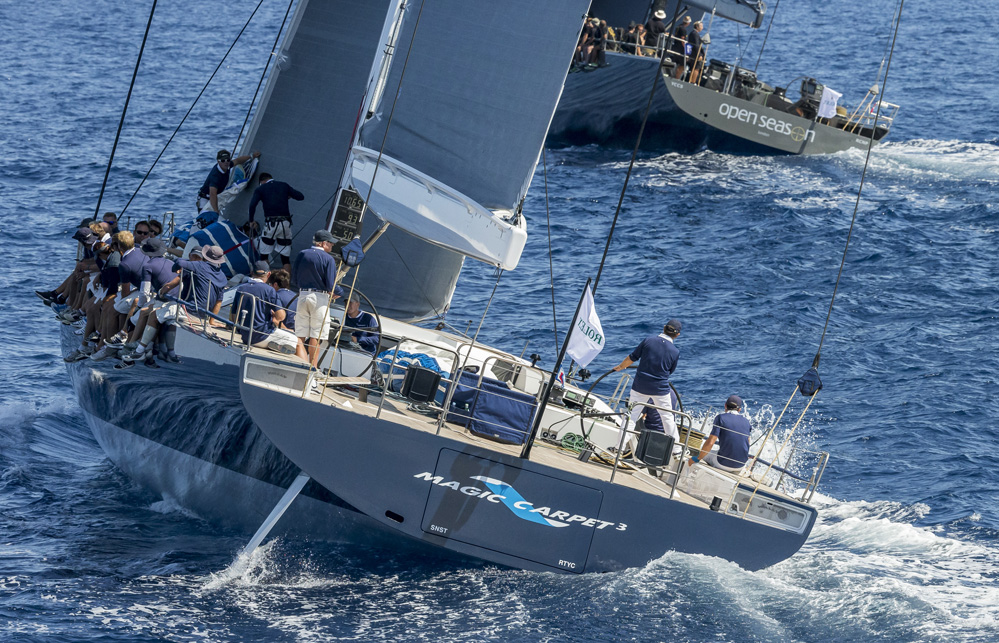 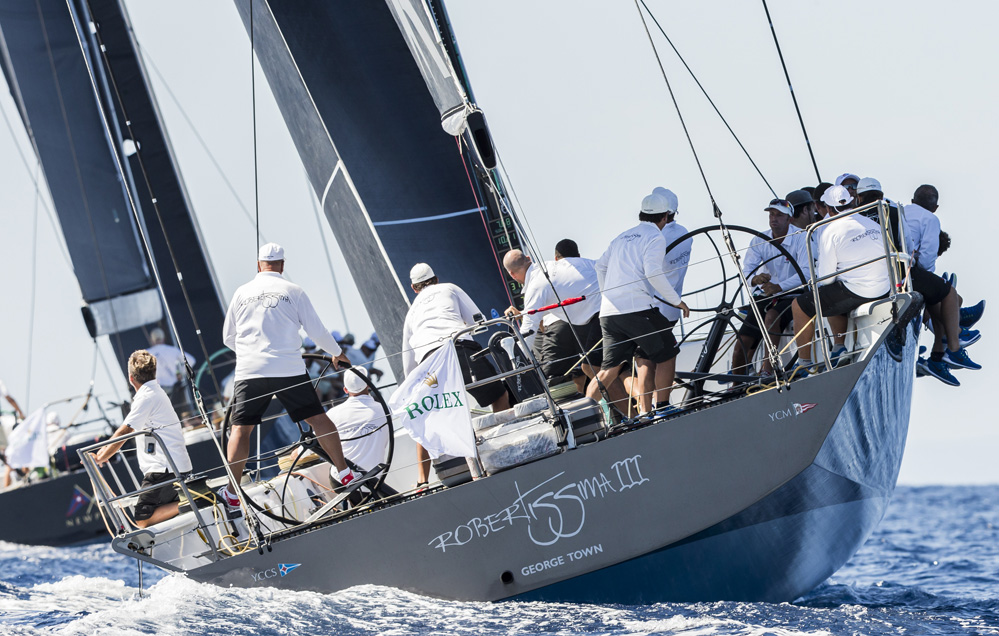 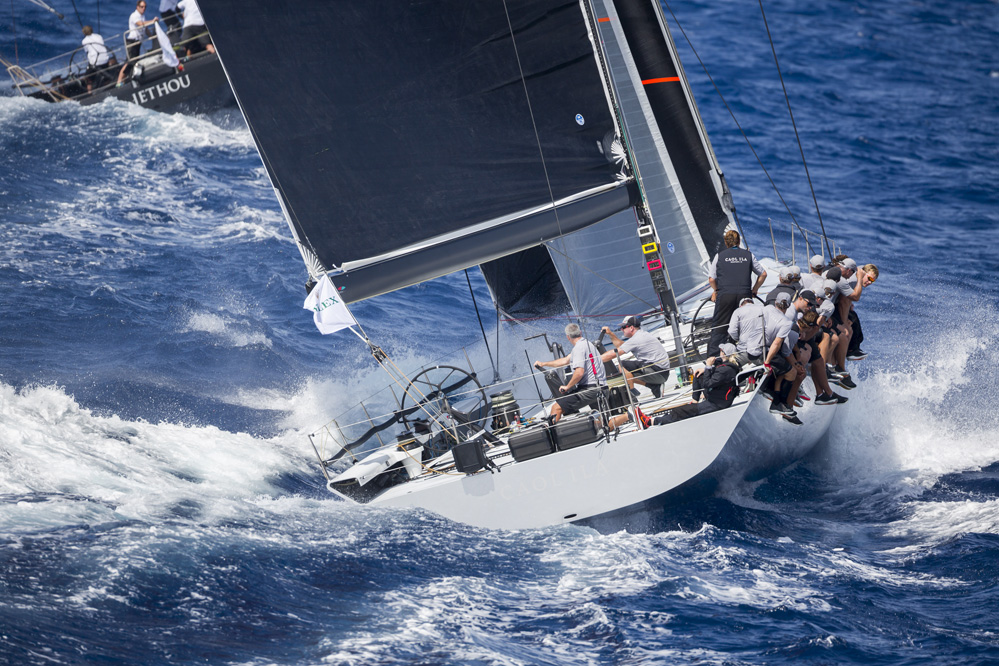 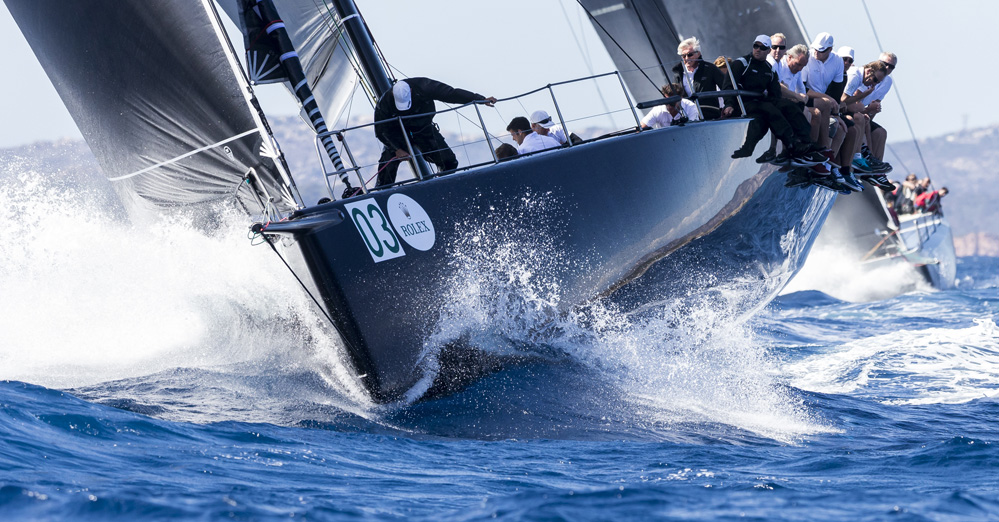 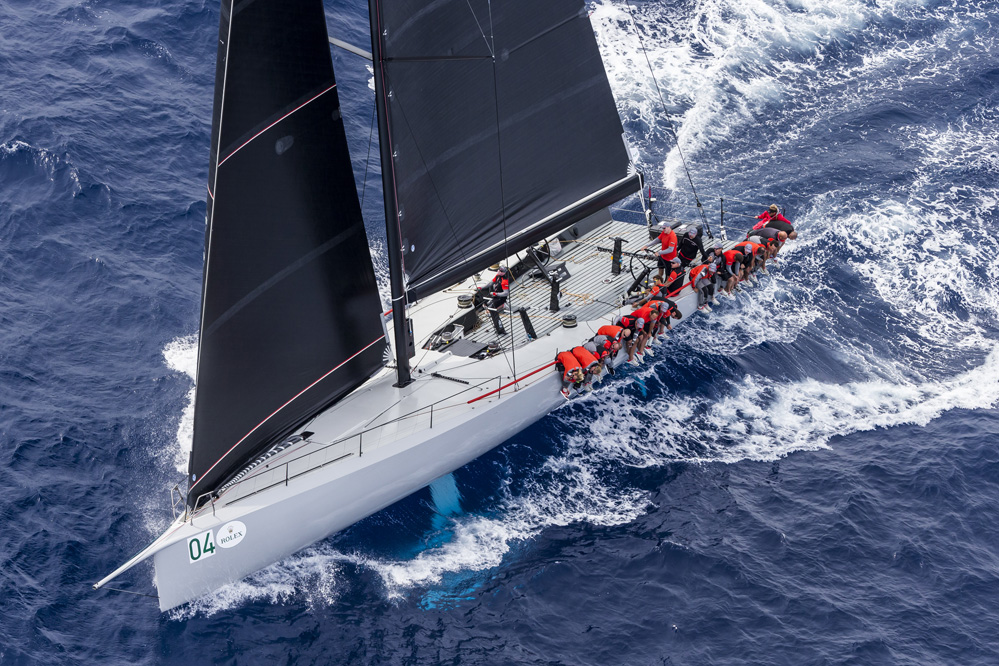 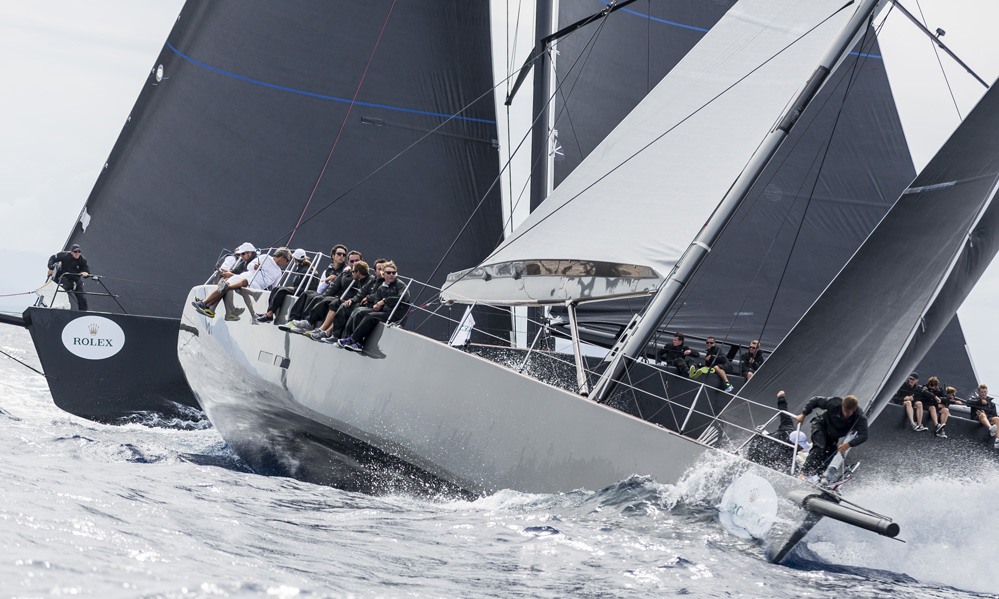 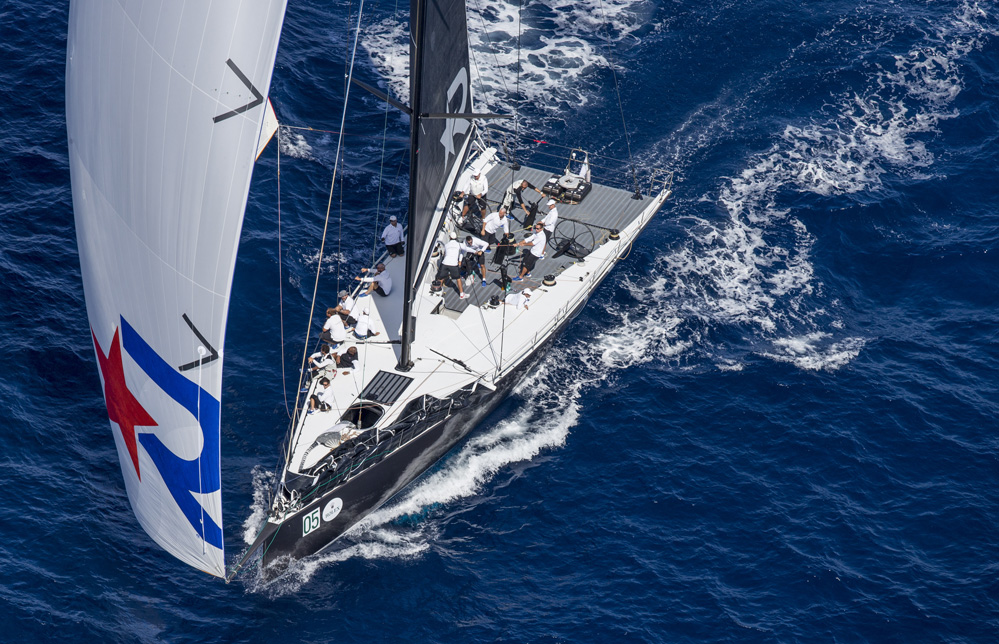 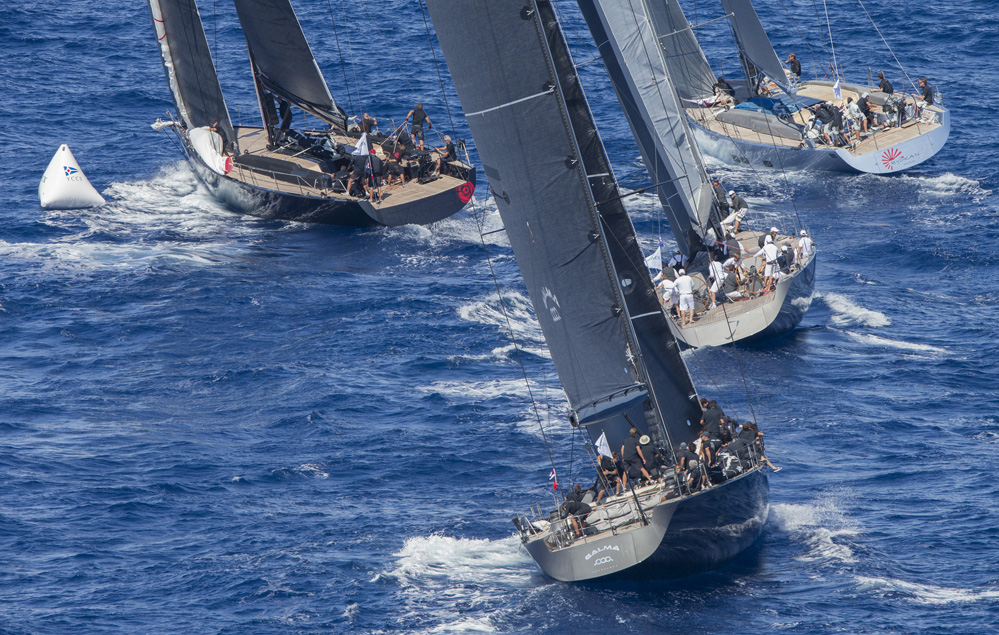 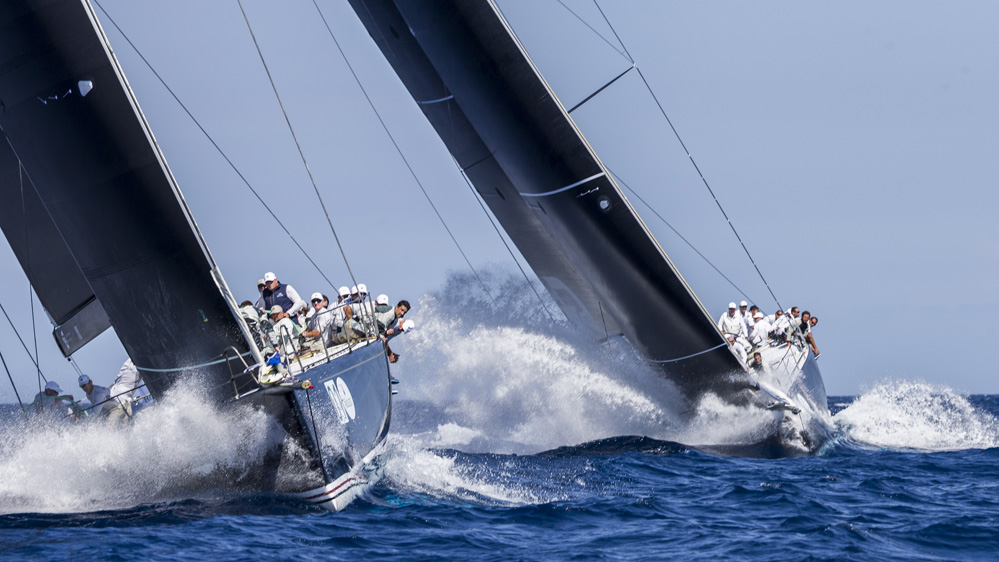 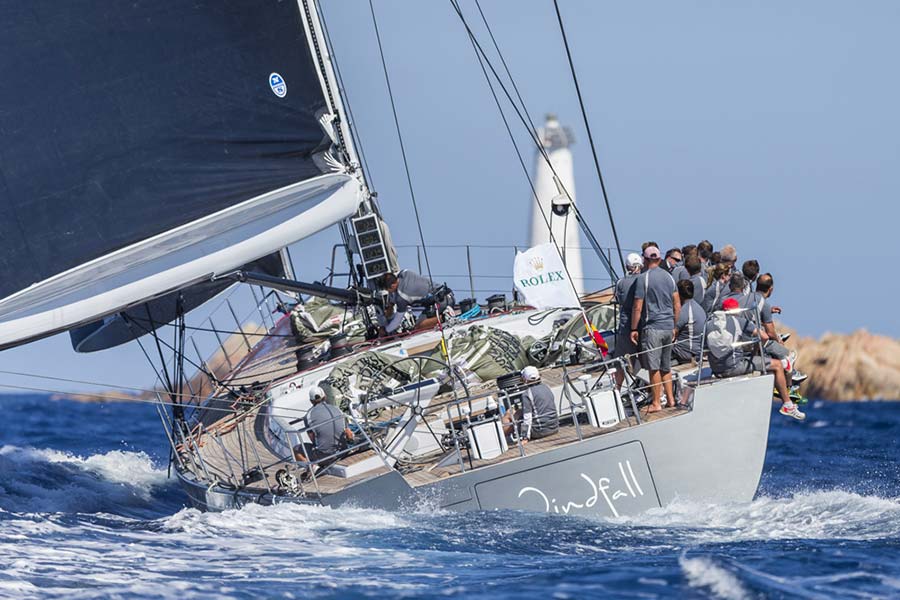 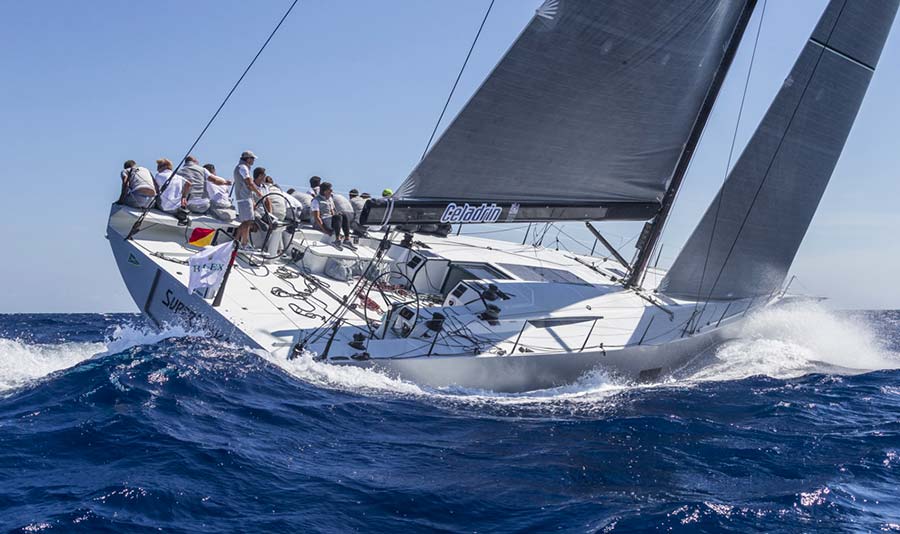 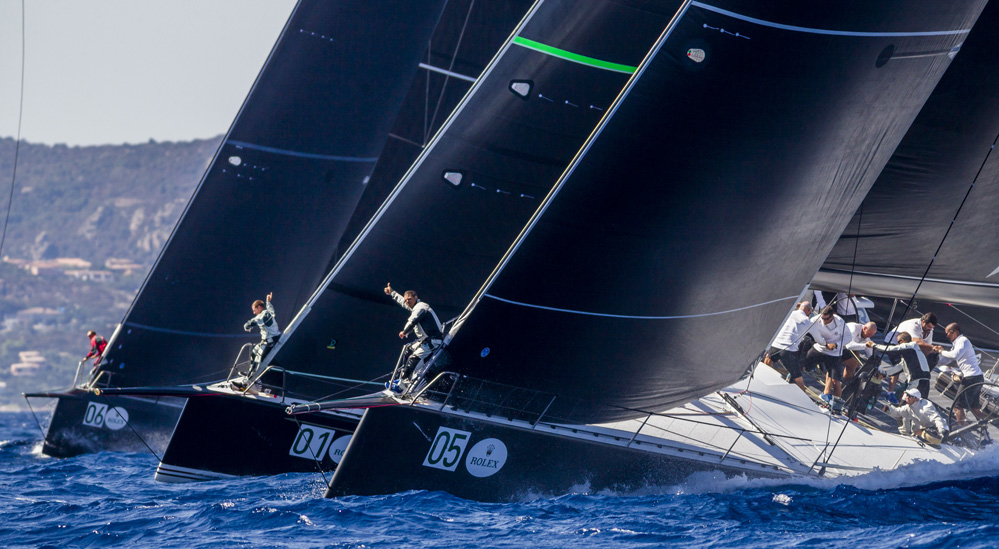 The Maxi Yacht Rolex Cup saved the best for last with a gloriously sunny, windy day on the Costa Smeralda. The 19-knot breezes provided a thrilling finale to the 26th edition of a spectacular regatta that is the cornerstone of a longstanding partnership between Rolex and the Yacht Club Costa Smeralda (YCCS).

In the Rolex Maxi 72 World Championship, owner Hap Fauth steered Bella Mente to victory, reclaiming the title he last held in 2012.
Bella Mente’s crew boss, the round-the-world-race winner Mike Sanderson, had felt good about his team’s chances this morning. “We can’t worry too much about what the others are doing,” said the New Zealander. “We’ve got plenty to think about on our own boat, never mind anyone else!”In the first race of the day, Dieter Schön’s Momo broke the start line too early, and while the German executed a precision manoeuvre to return to restart with minimal loss of time, it was a critical error in such a closely-matched fleet. So focused is he on driving the boat, Fauth wasn’t even aware of Momo’s mistake. “I’m sailing the boat as fast as I can, that’s all I do! I don’t know where anyone else is. I just listen to my tactician. If he says ‘get ready to tack, 3-2-1,’ well, I’m tacking!”Bella Mente’s victory in that race strengthened the Americans’ grasp on the title, but it would still go down to the final race. This time Momo didn’t put a foot wrong, taking the race by just 19 seconds fromRobertissima III.

Two second places for Roberto Tomasini’s Italian crew was an excellent performance in this Maxi Yacht Rolex Cup, and agonisingly close to toppling Bella Mente for the overall honours. That 19-second margin was all that stood between Tomasini and overall victory. But Bella Mente’s 3rd place in the last race was good enough for Fauth to secure the world title by a single point from his Italian rival.Asked which was the sweeter victory, 2012 or 2015, Fauth replied: “This one, because we spent a lot of time on the design of the boat. We made some big changes to the mast, sails, keel and crew. We had great expectations. We had excellent tactics, but this was a team victory. For me it was sweet, because I’m running out of runway!”

Innovation never stands still, and if you’re not getting the result you want, you change something. In her original configuration, Open Season had struggled to live up to expectations. Some said the boat was out of balance. A reconfiguration by America’s Cup winning designers, Judel/Vrolijk, seems to have worked wonders for Thomas Bscher’s Wally yacht, which has grown not only in size but also in stature. The Wally has bloomed from her original 100ft length to 107ft thanks to an elegant extension to her sleek transom.