From our friend Alexander Beck, author of Hightide, Life Aboard

What a stunning experience last weekend. HighTide was invited from Land Rover for their ExtremeSailingSeries in Hamburg. That´s a request I don´t need a second to say, yes for sure. The regatta is a racing series all over the world and last weekend it takes place in Hamburg. The really good thing on the event is, that the races are quite close to the spectators. 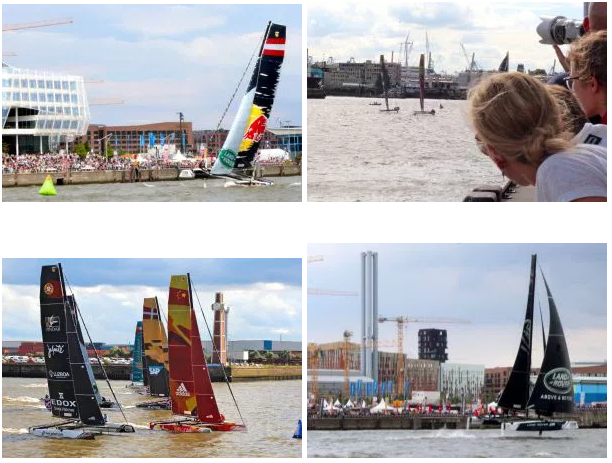 That race series is running around the world. GC32 is the type of catamaran which is used for that race. It is a foiler in form and type like the America´s Cup catamarans, just smaller. The America´s Cup racers are 45ft long and therefore bigger than the and the GC32 with it´s 32ft. The crew counts 5 very strong men and the boatspeed gets up to 30kts.

You will find much more infos about the race direct under this link, ExtremeSailingSeries. Back to Hamburg. The event started on Thursday with the press conference of the team members of the Ben Ainslie Racing Academy and on Friday till Sunday the Race was on. I arrived on Saturday at the Cruise Center in Hamburg and met the Land Rover Team there and I got my briefing for the next two days.

First of all we started with a Experience Cruise with the Defender in the Park. Word up, a Defender ride is always exciting and a good ride. That´s such a pity that the regulations will stop that fantastic offroader in the nearby future. His successor is still prepared. We will see how it will work. It would be great if there will be a evolution similar to the MINI, or the 911.

Above that the black fleet which stands in the front row of the test-drive-area was impressive. I´m curious how Land Rover will realise the eMobility in the Future. From my point of view hey have to launch a Battery Electric Vehicle (BEV) till 2020. Time is running fast and soon Land Rover will open their innovation centre in Warwick, NAIC. I personally think that the race is on and first of all I expect a Plug-in-Hybrid (PHEV) and after that the BEV is coming. In that way all the car manufacturers will do it. The PHEVs will bridge the way from traditional powertrains to eMobility. We will see. 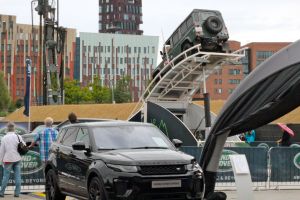 After we get our oilskin we went to the pier and entered the Zodiac and get out to the river Elbe to look for the Land Rover BAR Racing Machine. The first moment when I saw it was breathtaking. When I get aboard I couldn’t believe. This is once in your life. WOW. 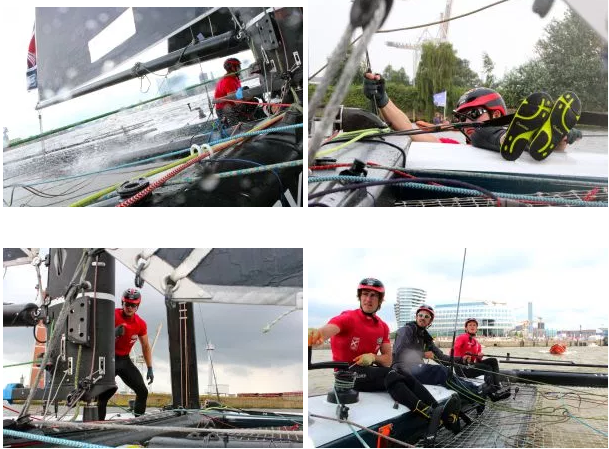 One second later we were on course. The conditions were perfect. We had a windspeed of 10 to 13kts. and the catamaran feels really different to my cats I sailed before. It´s a funny feeling. You know it, but the movements on that foiler are so brute, so powerful, that´s awesome. Especiall when the cat is coming on his foils. The sound was outstanding. Overall the noise on that boat is unbelievable. You can hear the fractious power. 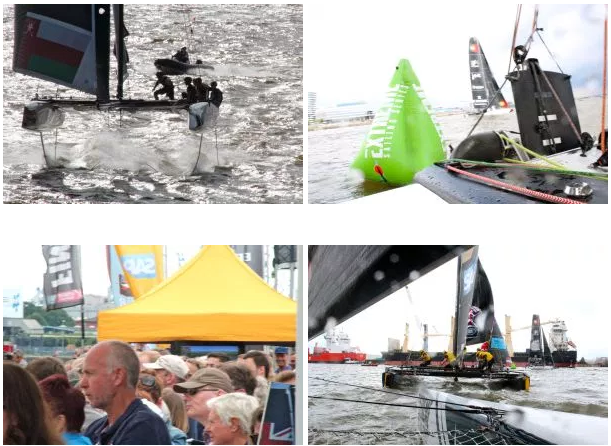 The crew under Elliot Hansen did a few downwind and upwind courses and I get a feeling when the accelaration hits the boat. The catamaran is so agile. You can feel it so direct when the change the courses or hoist up the Code Zero. It was fantastic to see how the crew handeled the Code Zero. In, out in a speed that my eyes had difficulties to follow. Above that they did the tacks and jibes in a way you can´t imagine.

After that kind of training we came back to the dock an Land Rover was a great host. I had a wonderful lunch and good entertaining. The absolut highlight was still coming. I will be part at the race. Live aboard on a GC32 Foiler in race mode.

Could there something which is more exciting? Let me think about it . . . NO! My Pulse gets high. There were a few minutes left till the start. I used the time for little chats with SAP regarding the analytics and their engagement in sailing and why they do it. That was quite interesting, but that´s another story. 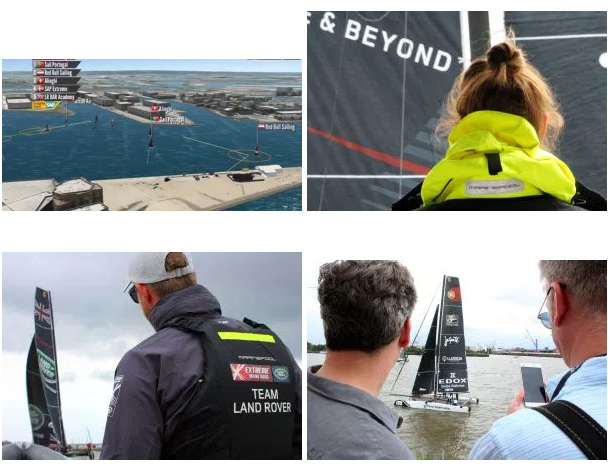 The time has come, racing. Unfortunately we had a bad start and we canot get back to the lead, but that was more a problem for the crew than for me. For me it was an highlight. Thank you Land Rover for that Experience. 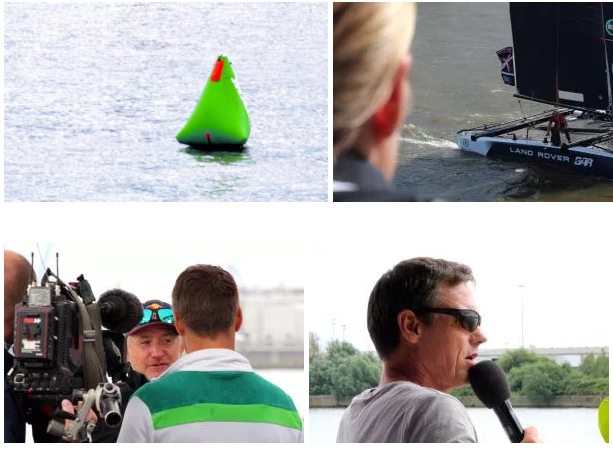 Thanks to Alexander Beck. Discover more on Hightide, Life Aboard.