It’s a final chance for teams to lock in crew configurations and get in some speed testing against the competition ahead of the start of Leg 1 on October 22 in Alicante.

“This is the last opportunity for all of the boats to face each other before we start,” says Mark Towill of Vestas 11th Hour Racing. “We’ll be lining up against the other teams to check the things we’ve learned during testing compared to the rest of the fleet.”

Towill and his team have been training against team AkzoNobel. The Dutch team’s Luke Malloy spoke of the benefit from the sessions.

“The two boat training sessions we did with Vestas 11th Hour Racing were definitely very valuable and actually quite eye opening in a few areas,” he confirms. “Just to check on some of our sail crossovers and lock down what we think we know in some other performance areas.”

Turn the Tide on Plastic skipper Dee Caffari says she’ll be giving some of her crew who have less offshore miles time on board during the Prologue, as her team makes the transition from training to competition.

“It’s an opportunity to get back into race mode,” she says. “It’s almost a practice of Leg 1, because we’re going from Lisbon to Alicante and that’s going to be the reverse for Leg 1 so it’s nice to suss it out.”

Team Sun Hung Kai/Scallywag, disappointed with its results this summer during Leg Zero, will be racing with some new crew members and navigator Steve Hayles says the team will be looking to bed in improvements made during practice over the past month.

“I think (on Leg Zero) everything was sub-par, so this is a good chance to put into effect everything we’ve been doing since. We’ve been sailing hard, we’ve done at least as many miles as anyone else, and so this is a good opportunity to cement those changes. Nothing is as good a measure of where you stand as going racing and hopefully we’ve made a big step up in our team performance.”

Rob Greenhalgh, about to embark with the Spanish team MAPFRE on his fifth Volvo Ocean Race, is looking forward to this final look at the opposition.

“It’s pretty important. Everyone’s going to be keen to check in,” he says. “We’ll be keen to race properly… we won’t be backed off. We’ll be going for it!”

Dongfeng Racing team director Bruno Dubois will see his team leave the dock in Lisbon satisfied they have done what they need to do to be ready to race by the start of Leg 1.

“My objective was to make sure we put everything in place and didn’t leave anything to chance,” Dubois explains. “We made a plan and we’ve stayed to it. Maybe someone is going to head out in Leg 1 and be very fast, but we’ve done what we needed to do to make our boat ready and fast for the start of the race. After that, well, it’s a long race.”

The weather forecast offers a mixed bag that will get the wrinkles out of all the new sails the teams have installed in Lisbon. Crews will face a light wind start in the Tagus River before a gentle run down the coast to Cape Saint-Vincent, the South West corner of Portugal. The light wind sails will stay up for the reach towards the Gibraltar Strait where the real action starts. 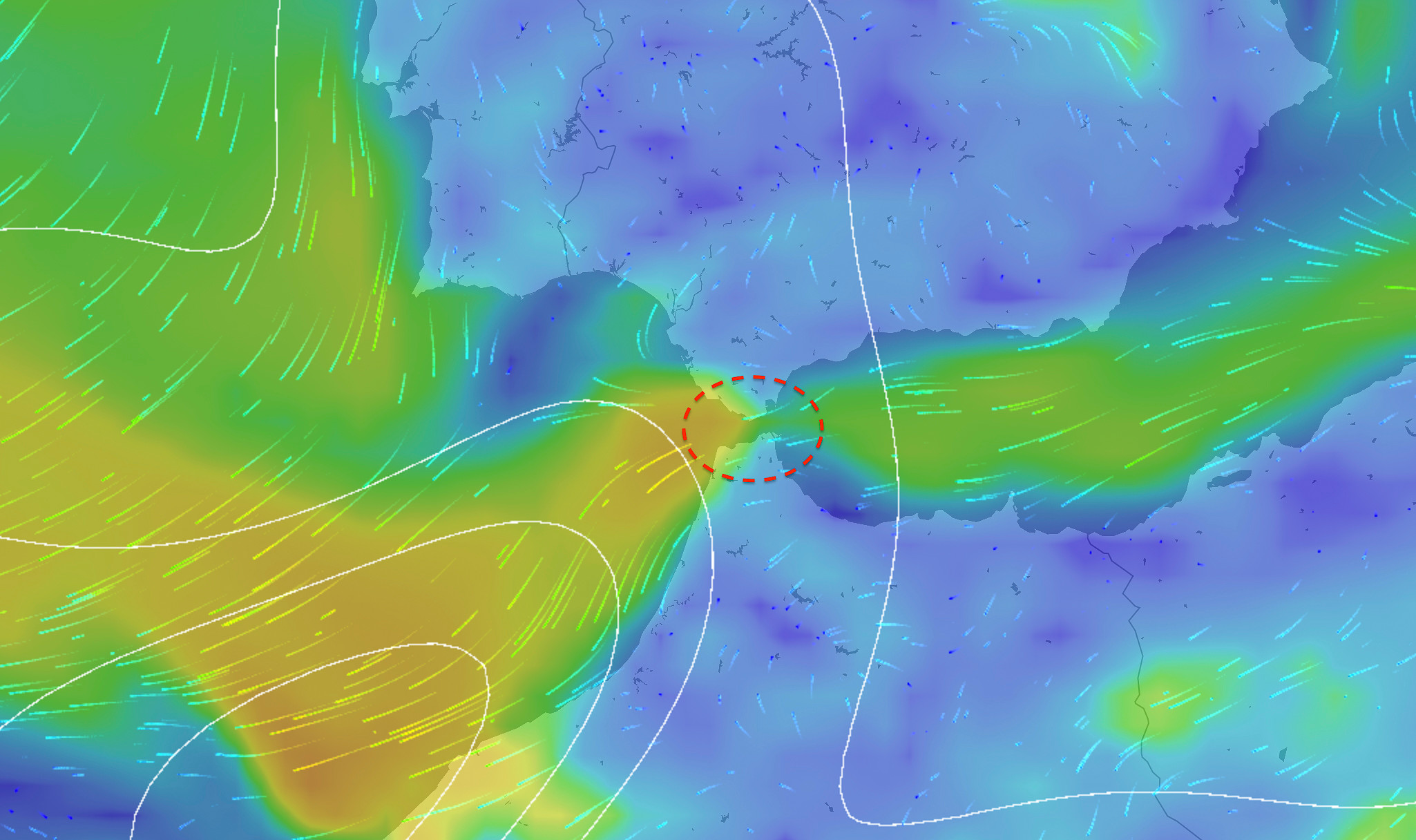 The boats will race upwind through the Gibraltar Strait early on Tuesday morning against the infamous Levanter easterly wind that could accelerate to over 30kts, all while penned in by a narrow coast, heavy shipping exclusion zones and coastal fishing nets. Forced into a 1.5-mile wide channel, skippers will be balancing the desire to push for a good result in their last warm-up versus the need to protect new sails that need to last 45,000 miles around the world.

After the Gibraltar Strait, the fleet will continue upwind through the Alboran Sea along the south Spanish coast in an uncomfortable sea state created by fresh easterlies running over the permanent eastwards current created by the Atlantic flowing into the Mediterranean. Turning northwards by Cabo de Gata, the wind is expected to drop to just 5 knots from the east, pushing the homecoming in the Alicante race village deep into Wednesday evening.

“We heard all the stories about how the Race Village in Alicante is nearly ready and everyone is waiting for us to arrive,” Caffari says. “And I know from the moment we arrive, the circus begins and it is pretty much non-stop. The time will fly by and we’ll be crossing that start line and heading away from Alicante for Leg 1 in no time.”