The Beneteau Racing Division is at work creating the heir to the current Figaro Bénéteau 2; the all new Figaro Beneteau 3 set to step in as the replacement in 2019.

“In terms of timing, we’re pretty much on track, give or take a couple of weeks“, says Marc Vaillier, head of the programme. “There are still some additional tweaks, which require a little more time, but we’re managing to stick to our schedule”.

This Figaro Bénéteau 3 was developed jointly by the Bénéteau Group, with the Class Figaro, OC Sport, the organiser of the Solitaire URGO- Le Figaro and Le Figaro group. Penned by naval architects Van Peteghem – Lauriot-Prévost, whose designs won the last two Vendée Globes and are likely to be on the podium for the 8th edition, the latest of the Class Figaro one-designs is in safe hands. 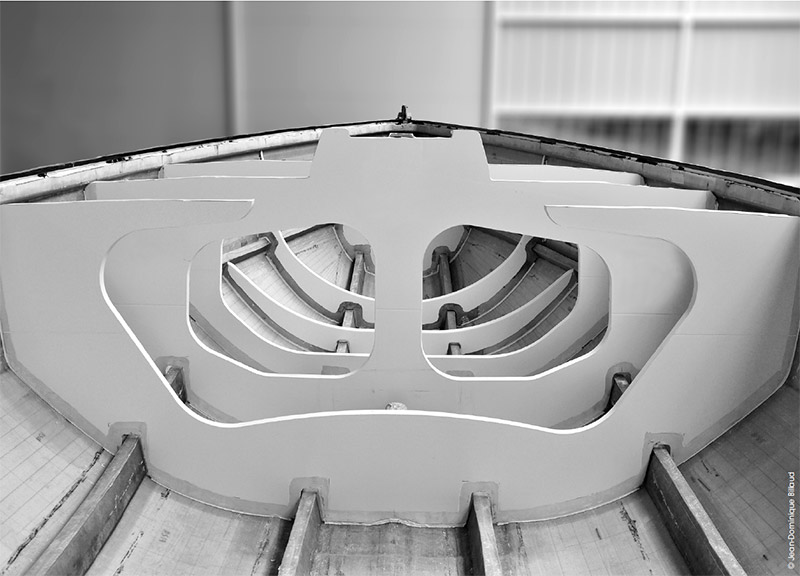 Having been infused, the hull has just had all its bulkheads fitted, the engine’s drive train is in place and the keel reinforcements are in position. The deck, it too infused, is complete and the team removed it from the mould at the start of the week. The deck fittings will be installed over the coming week. 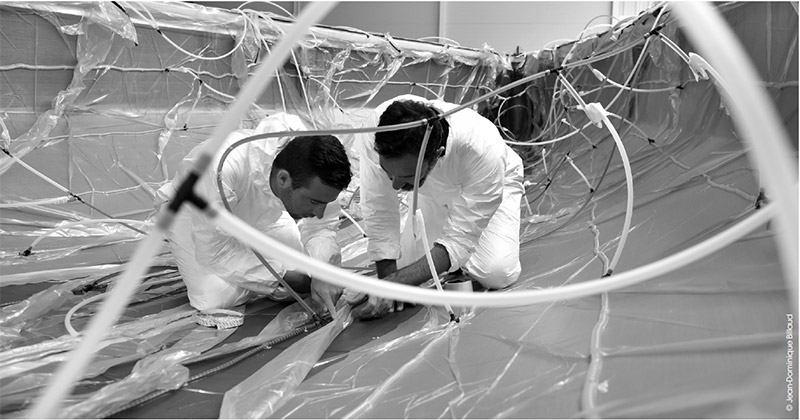 The new Beneteau Figaro 3 will wear foils, but also a high-performance hull below the waterline that is free of ballast tanks, with a narrower and lighter keel, a mast stepped further aft and a more generous sail plan. VPLP affirm that if a foil were to break in a collision, it wouldn’t damage the boat’s structure.

In contrast to the foils on the Imoca60, the latter will have an inward-facing profile as Vincent Lauriot-Prévost explains. «The versatile foil we’ve created provides more than just the dynamic power and vertical lift that is sought after in Imoca. We’ve designed it in such a way that it creates as little resistance as possible in the light airs and reduces leeway at full speed.» 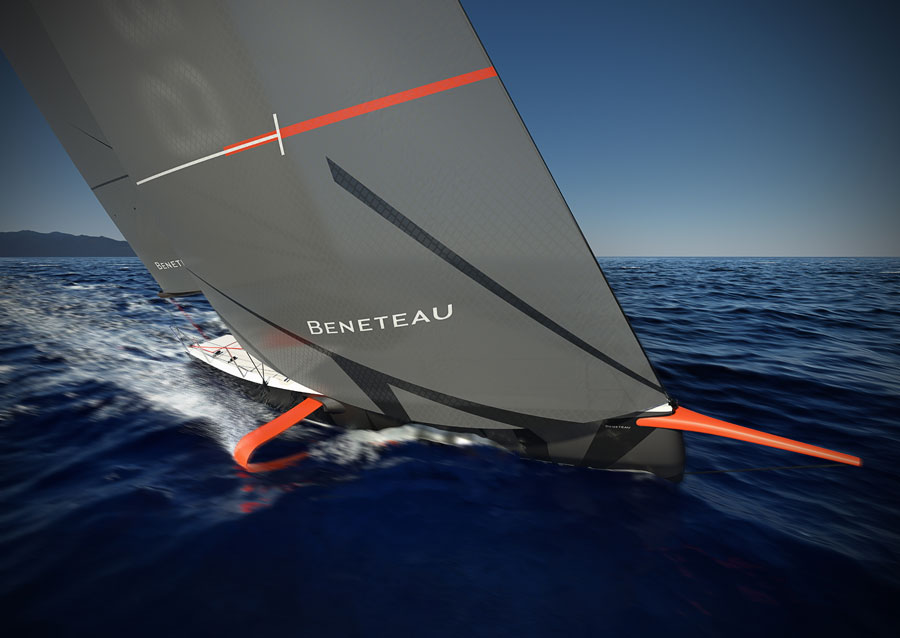 “June will be set aside for the assembly and we’re already well down that particular road”, Marc Vaillier assures us. “The aim remains to lay the definitive deck between 19 and 24 June, in the knowledge that we will likely receive all the peripheral elements relating to the foils a week earlier”.

The initial sea trials for the very first one-design foiling monohull designed by naval architects Van Peteghem-Lauriot Prévost are scheduled for late July and will run for two months. The objective: to test everything, particularly the position of the keel in relation to the mast, which will enable the hull structure to be confirmed. 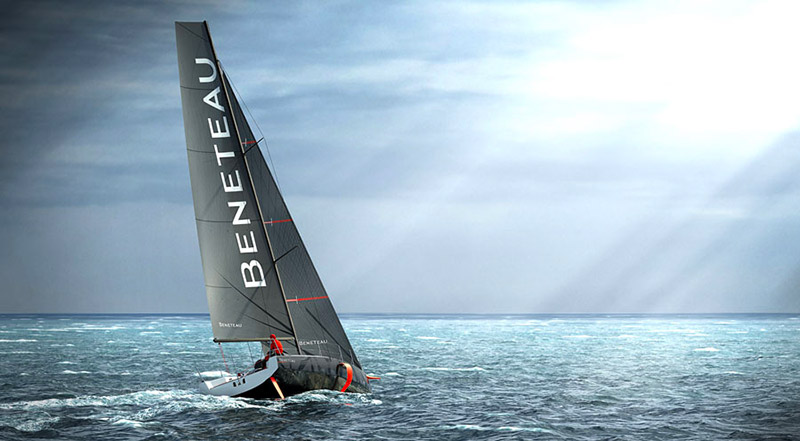 The manufacture of the first foiling monohull production yachts in the history of sailing can then finally commence.“We have every intention of being in full working order to supply the production line from early October”, concludes Marc Vaillier. “We’re seeking to release one or two hulls in advance: manufacturing these large polyester composite parts takes time and we must be methodical, which is the key to the tempo if we want to release 1 one-design a week”. 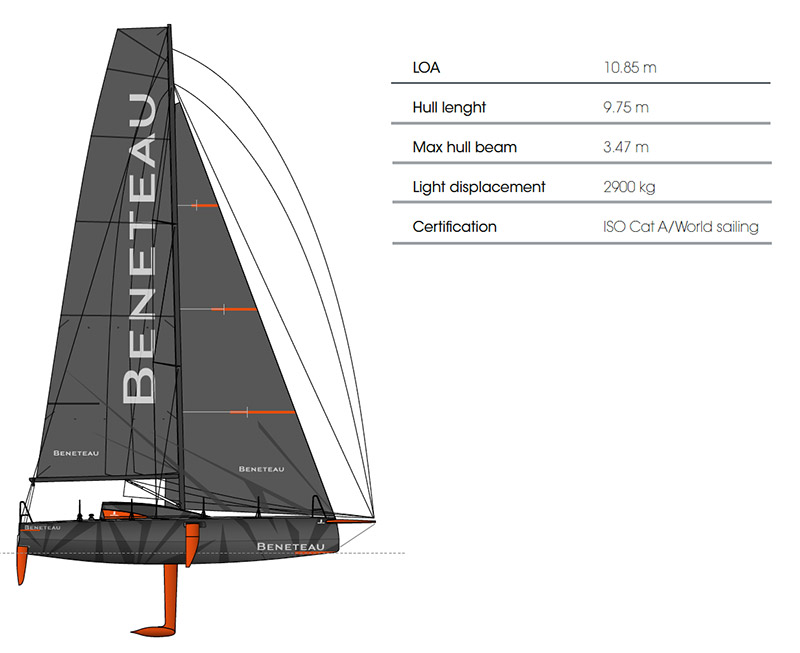